Giftedness brings with it some enhanced abilities in one or more areas, so it is difficult to imagine that immaturity could be a part of this cognitive profile. Interestingly, what appears to be immature behavior is a sign that giftedness is present: Gifted kids experience an emotional depth that causes them to act out in ways that typical kids usually don't. This combined with wide ranges of skill levels and even legitimate learning disabilities make gifted kids just as vulnerable to maturity problems as their non-gifted age peers -- sometimes even more so.

It is rare for a gifted child to be equally advanced in all areas. Instead, gifted children have areas of precocious development that stand out in contrast to their age-typical behaviors, creating the illusion that the age typical behavior is actually immaturity. The 6-year-old chess prodigy who has a meltdown at the end of the day because she is tired may seem to be immature even though she is behaving like most other 6-year-old kids would in a similar situation. Separating the child's gifts from her behavior before comparing it to her age peers enables parents and caregivers to more accurately determine if that behavior is, in fact, immature.

Some gifted children are legitimately behind their age peers in certain areas and are considered "twice exceptional." These children have a developmental disability along with their giftedness. For example, a child who is gifted and has ADHD may be several grade levels ahead in math while concurrently being several years behind his age peers in behavioral developmental areas such as impulse control and reading social cues. He may need an above-grade-level math curriculum along with the behavioral guidance and support that would normally be given to a younger child.

The U.S. Department of Health and Human Services refers to the pre-frontal cortex as the "CEO of the brain." Maturation of this area brings increased awareness of the need for self-modulation and along with it the ability to regulate one's own behavior. Highly gifted kids have thinner than average pre-frontal cortices around the age of seven, after which time rapid growth occurs followed eventually by thinning. The atypical growth pattern of the gifted child's pre-frontal cortex suggests that there is more neuroplasticity present, but can also result in immature behavior before thickening occurs.

Behavior that looks like immaturity in a gifted kid might actually be the manifestation of alienation from age peers. Relating to other children the same age who do not have the same interests or who react differently to their environment can be very difficult for gifted children, and can trigger feelings of isolation and frustration, which can result in immature behavior.

Ironically, greater intellect can look like immaturity when a gifted child is bored. Daydreaming, excessive chatter, sloppy work habits, lack of motivation and defiance are some behaviors that look like maturity problems. However, if parents and teachers adequately challenge or engage the gifted student, those challenges or engagements can lessen or eliminate these problems.

Gifted children can be very sensitive and intense. Polish psychiatrist and psychologist Kazimierz Dabrowski identified several areas in which gifted kids are over-excitable: psychomotor, sensual (sight, smell, touch, taste and hearing), intellectual, imaginational and emotional. A child who jumps up and down as she rapidly chatters at you, who is traumatized by the idea of killing insects with chemicals, or who treats her stuffed toys as creatures with feelings long after age peers have stopped doing so, may be perceived as being immature. In fact, she simply may be responding to the heightened sensitivities that accompany giftedness.

Similar to Dabrowski's over-excitabilities, atypical sensory profiles are often a characteristic of giftedness. A gifted child who is afraid of heights may seem immature but in fact may be vestibular-aversive and be neurologically wired to react differently to sensory inputs involving balance. The same can be said for the child who does not like crowds: She might be more sensitive to proprioception (body position awareness) than the average child might but may instead be viewed by others as being immature.

The higher the IQ, the greater the percentage of introverts found. If a child is reluctant to engage socially, this can be interpreted as immaturity when it may actually be the introversion commonly found in giftedness. Introverts are often regarded as having underdeveloped social skills, when in fact, the social withdrawal of this personality is due in part to the introverts' increased activity in the frontal lobes that deal with complex thinking, in contrast to extraverts' back brain activity, which seeks external, social stimuli. 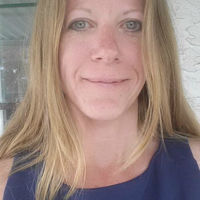 Customer Ratings: 99
Get Started With This Writer View Profile
Power your marketing with great writing. – Start your 30-day free trial today! GET STARTED

Biologics and Crohn’s Disease Remission: What You Need to Know

New Exercises and Activities to Try If You Have MS