"Loneliness and the feeling of being unwanted is the most terrible poverty", said Mother Theresa. Many agree.

Loneliness is a subjective feeling of disconnection, emptiness or isolation from others. It can be drastically separate from being alone; one can feel lonely in the middle of a boisterous party or in bed cuddled up to another. The presence or absence of others does not always influence this feeling.

There are many reasons why people may feel lonely. According to the Rice University Counseling Center, loneliness can occur after the loss of a significant relationship, as a result of a separation from either people or places, due to feeling rejected or unworthy, due to a lack of social skills, due to social phobia, as a result of a mental illness, or due to negative thought patterns, such as pessimism or unrealistic expectations for relationships. Unfortunately, the weekly parties and gatherings of the holiday season can make an already lonely person feel lonelier.

The Effects of Loneliness

Loneliness is frequently a fleeting emotion. And, at some point or another, everyone experiences it. However, Dr. Gary J. Kennedy at the Albert Einstein College of Medicine explains that chronic, or long-term, loneliness can have devastating effects on multiple aspects of life, and is being recognized as a public health issue.

A study conducted in the Department of Psychology at Brigham Young University reveals that loneliness is associated with an increased risk of early mortality and is comparable to well-established risk factors for mortality, such as obesity, environmental quality, and substance abuse. Severe changes in various body systems in the lonely show that these individuals experience heart damage, weakened immune systems, and muscle and bone deterioration, too.

Loneliness is also linked to cognitive decline in older adults, according to the Alzheimer's Association. The people expressing the highest levels of loneliness in the study observed a 20% increased rate of cognitive functioning over 12 years. Additionally, a lack of social support and isolation result in increased rates of depression and alcoholism, weight loss, sleep disturbances, and suicidal ideation. Sadly, the helplessness and hopelessness felt by lonely people stimulates negative, self-defeating thought patterns that perpetuate the cycle of loneliness. When loneliness triggers feelings of depression or suicidal thoughts, seek professional help as soon as possible.

As other emotional states are uniquely distinct across genders, so is the concept of loneliness. Research shows that men and women have different standards in assessing their loneliness. When measuring social network structure and perceived social support, one study found that men with more interconnected friendships reported less loneliness, while that interconnectedness did not appear fundamental in women's reports of loneliness. In contrast, women were more concerned about the quality of smaller, dyadic relationships rather than the group structure.

The manner in which others respond to loneliness between genders also varies. Apparently, test subjects were more likely to reject a lonely male in comparison to a lonely female. This suggests that there are adverse social consequences of reporting negative emotional states in men, which may shed light on men's general tendency to deny their feelings of loneliness.

Overcoming Loneliness during the Holidays

With the end of the year approaching, the feelings of loneliness, sadness, self-reflection and depression that result in "holiday blues" are in full swing. Luckily, there are ways to combat loneliness felt year round.

Loneliness is a common and normal emotion. However, chronic feelings of loneliness can lead to detrimental health problems and mental illnesses such as anxiety or depression. You can overcome loneliness felt during the holiday season by spending time with people who are supportive of you or developing new relationships with people who have common interests. Talk to a doctor if your feelings of loneliness translate into extreme hopelessness, depression, or thoughts of harming yourself. 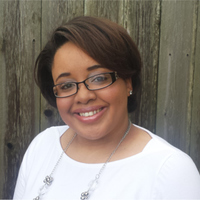 Veranda has a master's degree in Clinical Psychology and has enjoyed employment in a variety of mental health settings during the past 8 years. She currently specializes in psychological testing and assessment. Her comprehensive experience includes individual and group counseling, diagnostic testing, psychological assessment, eating disorders, weight loss, relationships and childhood developmental disorders. Additionally, Veranda ghostwrites for various blogs and websites in the health and wellness industries. She especially enjoys writing about psychology, but she also has experience creating content for the following industries: business and marketing, health, fitness, relationships, and self-help. In her spare time, she puts pen to paper in a completely different way and writes psychological fiction novels.

Why Autumn is the Perfect Time to Jumpstart Weight Loss

Many people start the year off completely motivated to shed those unwanted pounds as a part of th... Read More

Do you stalk your mirror incessantly searching for those pesky little lines? Besides the growing ... Read More

How a Psychology Degree Can Be Beneficial for Non-Psych Careers

Using Your Quarter-Life Crisis to Launch Career and Personal Growth

When you were enrolled in college or graduate school, your life plan was crystal clear. Like me a... Read More

**Everyone knows they&#39;re supposed to drink a lot of water every day, but few people know how ... Read More