As I've continued to fritter away my lunchtimes with electronic entertainment, I've begun cutting my teeth on something other than sandwiches: FromSoftware's 2014 hacky-slashy action role playing game "Dark Souls 2." In it, you play as a protagonist seeking to restore his or her sanity, shed an undead curse, and discover the secrets of the crumbling kingdom of Drangleic. "By then, you'll be something other than human," a wizened crone intones during the introduction. "A thing that feeds on souls. A hollow." The game has plot aplenty secreted away item descriptions and beautifully realized settings. But that's not why you'd play. Really, you'd play it because you like to suffer. The whole "Dark Souls" franchise seems founded on the idea that today's video games are Just Too Easy. It's not that the games don't hold your hand; rather, they punch you in the gut and steal your wallet while you're gasping for breath in some trash-strewn alley. "Dark Souls 2" delivers body blows by pitting players against almost unfair gameplay mechanics. See, most roleplaying games provide a way for you to improve your character and buy better gear, and "Dark Souls 2" is no different. But the way in which it works makes things devilishly difficult. You get new stuff and better abilities by acquiring souls, those evanescent balls of light left behind after vanquishing enemies. If you yourself die, though, you drop any unspent souls. Sure, you can go back and pick them up again. One of the perks of being undead is that your character never stays in the grave (although each death robs you of your overall health and makes enemies reappear). And what enemies they are. You'll run into a knife-wielding bandits who can cut you half a dozen times in the blink of an eye, knights wielding a bastard swords the size of Texas, and bug-eyed basilisks that breathe out petrifying fumes. Die to any of these, and those souls you dropped are gone—forever. What's more, monsters start disappearing after you beat them multiple times, which leads to a sickening realization: The supply of souls is finite. Failure has permanent consequences. And you'll fail time after time after time. "Remember, hold on to your souls," the crone from the introduction cackles. "Oh, I'll fool you no longer. You'll lose your souls. All of them. Over and over again." I'm sure you're getting the picture even though I'm leaving out plenty of details. Beneath its swing-sword-kill-monster exterior, "Dark Souls 2" fairly seethes with complexity. Weapons and armor break at the most inopportune times. Secret locations hide in plain sight behind statues that seem a little too human. And thanks to the wonders of the Internet, other players can invade your world when you least expect it, ready to extract their pound of flesh. It's the kind of game where frustration and fury can suddenly give way to ecstatic joy when you triumph over the enemy you once thought unassailable, find a new bonfire (the only respite from conflict), and get one marginal step closer to finding the ruler of Drangleic. In other words, it's the perfect game for writers. Surely I'm not the only one who finds the act of writing every bit as brutal as "Dark Souls 2"'s unforgiving action. I start with a sentence, and my mind seems to congeal like motor oil in mid-February. I pen a paragraph, strike out half of it, and start over. I create and consume and create again. Pencils snap. Computers crash. And friends and family often carve out their own chunks from whatever finished draft they happen to peruse. Disaster is common. Triumph is rare. But such small successes, such iterative steps are so sweet that they compel you to push on. Fury, frustration—and finally joy. That's just the way I like it. 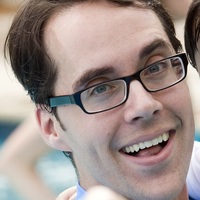 In his "Essay on Criticism," eighteenth-century poet Alexander Pope concluded, “True ease in writing comes from art, not chance, / As those move easiest who have learn’d to dance.” In other words, you can’t wing it when putting pen to paper. It takes skill to make words sing. And in today’s information age, the whole world is carping for content—quality content. Fresh website verbiage. An up-to-date blog. Clear promotional copy. Snappy product descriptions. Busy professionals and business leaders know they need such content. But how should they go about getting it? I’m glad you asked. My name’s Loren Eaton. I’m a freelance writer. And I’m here to help. With a degree from one of the United States’ top-sixty schools (as ranked by "U.S. News & World Report"), a journalism stint at a national magazine, and nearly of decade’s worth of blo...

How I loved pre-child Saturdays! After five days working in the office, I found it almost ambrosi... Read More

Three Reasons Why New and Established Authors Need an Audiobook

For years, ebooks have been considered the salvation of the publishing world, a democratizing for... Read More