Fun Things to Do From Los Angeles to San Francisco

Los Angeles and San Francisco, two of California's most popular vacation destinations, are about 400 miles apart, but don't let the distance dissuade you from driving. The numerous charming towns and cities in between the two hubs, along with the spectacular scenery of the coast, make for an unforgettable road trip. Whether you plan to take your time and see all the sights along the way or are just looking for a few breaks from the road, there is no shortage of fun things to do within this beautiful stretch of California. Routes The most direct route between Los Angeles and San Francisco is on Highway 101, which takes you from the heart of LA right into San Francisco, where it becomes Van Ness Avenue. With no major traffic jams and only brief stops, the journey takes six to seven hours. Unless you are determined to get to San Francisco as quickly as possible, a leisurely drive with some fun excursions and perhaps an overnight stop or two along the way makes the trip considerably more enjoyable. A slower but more scenic alternative to the 101 is Highway 1, or the Pacific Coast Highway. The 123-mile stretch of the Pacific Coast Highway from Morro Bay to Monterey is one of National Geographic Traveler's "Drives of a Lifetime." It's possible to combine sections of the Pacific Coast Highway with sections of Highway 101. Cities and Towns The main cities and towns off Highway 101 between Los Angeles and San Francisco include sunny Santa Barbara with its Mediterranean-style architecture, Pismo Beach, San Luis Obispo and Salinas, which is famous as the birthplace of John Steinbeck. If you take the Pacific Coast Highway, the main towns include Morro Bay, a charming coastal community; Monterey, known for Cannery Row and the superb Monterey Bay Aquarium; and mellow, green Santa Cruz. Roadside Attractions The Madonna Inn, right off Highway 101, is a California landmark, known for its 110 individually decorated rooms, each with a special theme, such as "Antique Cars" and "Pioneer America." It also has a bakery and restaurant, making it an interesting lunch spot. The small town of Buellton, about an hour north of Santa Barbara, also has achieved local fame with cartoon billboards advertising its specialty -- pea soup -- for miles around. For a taste of California's agricultural abundance, stop in Gilroy, the self-proclaimed "Garlic Capital of the World." The roadside gift shops sell every imaginable garlic-related product, including surprisingly tasty garlic ice cream. Historic Attractions The California Coast from San Diego to San Francisco features a chain of 21 historic missions, representing the first arrival of non-native Americans in California. While driving along Highway 101, look for the distinctive curved poles of roadside mission bells that mark the historic El Camino Real route. All but five of the 21 missions are located between Los Angeles and San Francisco. The impressive Santa Barbara Mission is large and well preserved, but the smaller missions are also worth a visit. Hearst Castle, the sprawling mansion and compound built by publishing magnate William Randolph Hearst, epitomizes quirky California. This historic estate, which has 56 bedrooms and 61 bathrooms, is now a museum offering tours to the public. Natural Attractions If you have time, see some of the coastal California's marine life on a whale-watching excursion. Boat trips are available from the harbors of Ventura, Oxnard, Santa Barbara, Monterey and Santa Cruz, offering the chance to see gray, blue and humpback whales. In the small town of San Simeon, near Hearst Castle off Highway 1, enormous elephant seals bask on the sand and can be viewed from a safe distance. Pinnacles National Monument, the rugged remains of an ancient volcano, is close to King City and Soledad on Highway 101. In the Monterey region, take a side trip along 17-Mile Drive to see the famous Pebble Beach Golf Course and a windswept, Spanish-moss-draped forest. 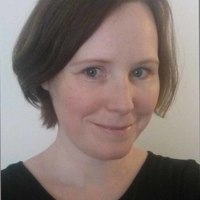 A writer of diverse interests, Joanne Thomas has penned pieces about road trips for Hyundai, children's craft projects for Disney and wine cocktails for Robert Mondavi. She has lived on three continents and currently resides in the western United States. Thomas holds a BSc in politics from the University of Bristol, England.

Coffee Myths: All Coffees are Blends

The 1 Tip to Make the Perfect Espresso at Home! (Stirring)

Sustainability in the Coffee World