Like many others, I've watched "Empire," this season's runaway hit, every Wednesday evening (or occasionally on Thursday on DVR). I started watching it as a guilty pleasure and felt I needed to apologize for watching something that others went so far as to consider an insult to African Americans everywhere. But as the season went on, I started to realize two things: 1) the show was very entertaining, and 2) I didn't owe anyone an apology for liking it. Depending on your views and what you read, you might (or might not) know that a debate has been raging about Empire and whether or not it's a positive, responsible depiction of African Americans on TV. I think that's an unfair choice for us, and an unfair burden for those involved with the show. For starters, I think it's meant to entertain, not educate. I hold that opinion because of the cast, the subject matter, the writing and the outlet. That's not a criticism, just an observation. African American media makers face unique challenges in the media industry, because there are fewer opportunities in mass media for content by African Americans or about African American themes. And because those opportunities are fewer, I think that we tend to believe that every opportunity must always be used for the noblest of purposes. The problem with that approach is that what constitutes noble content for one, may not constitute it for another. So let's try a different approach. If a media property provides more opportunities for African American writers and actors (and possibly producers), isn't that a good thing? Well, that's a little too simple for my taste, and the problem with that approach is that it rationalizes blatantly negative or ignorant programming because someone somewhere with enough control said, "Make it anyway." So what if we just examine what Empire has accomplished and then ask ourselves whether or not that achievement is offensive, regrettable, or somehow harmful to African Americans in the media industry specifically and in society generally. Because what Empire has done is what many of us in the Black community have said we wanted all along: it has crossed the color barrier and amassed a huge audience. Now, some people want to take shots. True, it may not be the best-written drama we've ever seen, an argument which could be made about 95% of what we watch on television and online. But think about this: is Empire really any different than Dallas, Knot's Landing and Falcon Crest in the 80s? Empire has done something very rare in television: it has grown its audience every week since it debuted. Does anyone really understand why that's happening? (If so, please share, because I'd love to know.) Perhaps, whether we like it or not, the show speaks to experiences that many people can relate to. That doesn't mean the show's viewers necessarily aspire to those experiences, nor does it mean that they are defined by those experiences. It simply means they find something familiar in the show and therefore they watch it. I absolutely understand the impact that imagery and portrayals in the media can have on the collective psyche, but are we placing unfair burdens on this show, given the way entertainment-focused prime time dramas have unfolded on TV for the last 30 years? No doubt, we need content that educates and illuminates diverse aspects of the Black experience for more people in our community and in America as a whole. And we certainly need positive images that break down negative African American stereotypes. But last I checked, there aren't many billionaires in the Black community. Portraying one on television is pretty cool in my opinion. The fact that Lucious Lyon is flawed in some major ways isn't a Black story. That is an American story. The fact that he is deeply homophobic towards his own son isn't a Black thing. It's an American story playing out in millions of families across the country. By debasing Empire because it doesn't fit all of our aspirational qualities at once, we are perpetuating the problem and saying "You don't deserve to speak for me." What if the creators and producers and actors associated with Empire aren't trying to speak for anyone other than themselves? What if they're really just trying to be successful in their chosen professions? This is a good opportunity to practice "Yes, and." We can have and enjoy our Empire, our Scandal and everything else we watch purely for entertainment purposes. AND we can watch and support Henry Louis Gates' Many Rivers to Cross on PBS. AND we can support African American media makers you may not have heard of yet, like my brilliant cousins Paula Puryear Martin, Thomas Allen Harris and Denise Greene, all of whom have their own voices, their own visions and their own platforms. See, the time for lumping all African American content together is passing. While we have not yet reached the point where the African American descriptor is no longer necessary, we have reached the point where it's okay to have different strokes for different folks. If you like it, just enjoy the content. If you don't, change the channel. And if you think we need a new choice, or you feel something is missing is from the conversation, here's an idea: make it. I think I speak for many when I say we'd love the opportunity to give it a chance. 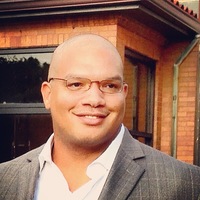 Your Stories Need to Be Told

I hope you've been having a great week, so far! Have you made any plans for the weekend yet? If n... Read More

Your Story Is a Bridge

During a recent storytelling workshop I conducted, I had the opportunity to share a very personal... Read More