Frida Kahlo earned the respect of the art world with her self-portraits, which embodied her strong spirit while freeing her weak body from unbearable pain.

Perhaps, no other female painter has created such a scintillating body of work that remains dear to the hearts of millions than Frida Kahlo. She once said, "I am not sick. I am broken. But I am happy as long as I can paint" ("Quotations by Author," 2012). A self-taught artist who exercised the relentless demons causing her own discomfort, Frida Kahlo crafted ways to express joy in spite of angst.

Born Magdalena Carmen Frida Kahlo y Calderon on July 6, 1907 to father, Guillermo Kahlo, and mother, Matilde Calderon y Gonzalez, Frida Kahlo came from a background poignantly filled with happiness and sorrow. The third daughter in a family of four girls, Frida grew up as the apple of her father's eye.

Her mother, on the other hand, was Frida's protector. Matilde would bring Frida and her sisters inside their home, La Casa Azul (The Blue House) to avoid gunfire in the streets of Coyoacan at the time of the Mexican Revolution in 1910. As a result, Frida developed a strong sense of nationality.

At the age of six after a bout with polio, Frida's dexterity declined. She developed a slight limp that she disguised by wearing long skirts, and she wore bright, colorful, and traditional Mexican dress to show her pride. Her femininity did not overshadow her desire to play male-dominated sports, such as soccer and swimming. Frida also excelled at academics and attended the renowned National Preparatory School in Mexico where she concentrated on the study of medicine.

Being sociable and gracious, Frieda was quite attractive and decided to date one of her classmates, Alejandro Gomez Arias. Then on one fateful day, September 17, 1925, she and Alejandro were in a terrible bus accident. A streetcar collided into the bus, propelling a steel handrail into Frida's hip that pierced her spine and pelvic bone. Consequently, it was doubtful that Frida could ever carry a child to full term.

It was that horrible event that changed the course of Frida's life, making her suffer through multiple injuries in the Red Cross Hospital in Mexico City. During her stay, she began to paint from her hospital bed to relieve stress and to block out the excruciating pain of a severed spinal column.

Bedridden for many weeks in a full torso plaster cast, Frida had the time and inclination to paint with raw talent in order to preserve her sanity. "The boredom of her restriction was the catalyst for her art" (Little, 2009, p.31). Therefore, Frida delved deeper into exposing her feelings of pain by carefully depicting objects that symbolized her tortured body and spirit.

A Passionate Career and Marriage

Frida feverishly perfected the art of self-portraiture. She would draw images of herself in which she maintained bold and brazen postures; while the people or objects about her were in disarray. In her own words, "I paint self-portraits because I am so often alone, because I am the person I know best" ("Quotations by Author," 2012). Thus, Frida often attested that her self-centered style of art enabled her to better represent herself as a prideful, yet feeble woman.

The man who dominated Frida's existence was Diego Rivera, a famous Mexican muralist. Married in 1929, Diego and Frida shared the same passion for art and life. They traveled to the U.S. when Diego was commissioned to paint murals in New York and Detroit, but returned to Mexico because of their Communist sentiments.

Although both partners had extramarital dalliances, they always remained inseparable in spirit and desire. After a brief period of divorce, the couple remarried in 1940. Frida depicted surrealistic images of their unity, such as bleeding hearts and other symbols of their bittersweet love affair, in many of her paintings.

Frida's health began to rapidly deteriorate by 1950. Nevertheless, she continued to paint and exhibit her work at home and abroad. After a part of her right leg was amputated due to gangrene, she was honored by her first one-woman show in Mexico in 1953. To the surprise of her patrons, Frida attended the event in her bed and dazzled them with her wit and grace even though she was in agony. Frieda died of a pulmonary embolism on July 15, 1954 in her childhood home, the Blue House, but rumors circulated that she had committed suicide.

Then, a national star, and, now, a global icon, Frida Kahlo will forever be remembered for her uncanny ability to look inside herself and then infuse the canvas with what she saw and felt. She once remarked, "I paint my own reality" ("Quotations by Author," 2012). Indeed, she was a poet with a paintbrush instead of a pen, and her passion was telling true stories on canvas, no matter how painful they were. 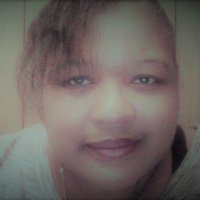 When you want someone you can trust to transform your writing needs into reality, look no further than Cirrelia. A seasoned and insightful writer with over 15 years of experience, Cirrelia will spark creativity into your project and deliver perfect results. Her hard work has paid off in the development of professional relationships that inspire others to realize life and work goals. Since high school when she wrote winning essays for pageants and Girls' State, Cirrelia demonstrated a strong command of American English. Later, in college, she researched and authored feature stories for NCSU Technician, and as her confidence grew, she turned her talents toward work as an academic tutor, lab assistant, and research assistant. Always close to education, as a college graduate, Cirrelia taught middle school before opening a tutoring and wri...

Customer Ratings: 10
Get Started With This Writer View Profile
Power your marketing with great writing. – Start your 30-day free trial today! GET STARTED

The Beginning of an Era Many may believe that the history of fashion photography began when a cul... Read More