There is this magical place just south of my apartment in Minneapolis called France 44. If I had to design my own personal heaven, it would probably mimic this shop. If you enter to the right, you can find copious amounts of fine wines from every region across the globe, as well as select, rare, craft beers – the kind my brother covets, hunts, and trades for. (The world of hard-core craft beer seekers is scary. Surly Darkness Day anyone? I'll save that for another blog post…) If you enter to the left of France 44, you'll be greeted by the friendliest cheese-loving man that ever walked the planet. He knows the story of every block of cheese that sits below the wooden chopping block. "Well, this cheese was produced by the son of a cheese maker in southern France. The young boy grew up watching his father make cheese, and he wanted to produce his own. He named the cheese Challerhocker – which translates to Cellar Dweller. We can only assume the young boy spent many of his days in the cellar where his father stored his cheese, which inspired the name of the cheese, and the packaging itself. See the image of a young boy on the rhine. Here, have a sample." Can I have 14 more? K, thanks. Also, marry me? The cheese side of France 44 is an exquisite European-style deli where they sell an assortment of finely-crafted, artistic nine-grain crackers, tomato-vodka sauces, rigatoni noodles, and almond-butter spreads. The kind of items that Ina Garten would casually have on hand at her Chateau in Chamonix. In addition, they craft some of the most delectable sandwiches I have ever consumed – my favorite being the classic Prosciutto and Brie. This sandwich is an absolute testament to "less is more." Layers upon layers of practically translucent prosciutto, a pungent but creamy brie spread, and a small drizzle of virgin olive oil across both side of the ciabatta loaf. This sandwich is no joke. I dream about this sandwich on a fairly regular basis. I'm rarely convinced to sway from my dream sandwich, despite dozens of other brilliantly blended cheese and meat combinations on their menu. But "Cheese Man" (as I call him) persuaded me on my last visit. He pointed to the Apple & Melted Cheddar sandwich – their much anticipated Fall special."We only buy apples from one local orchard here in Minnesota. It's the only place we will buy apples. So we buy what we need, and when the apples are gone, the sandwich is gone. And the people go crazy, and we simply have to tell them to come back next fall." I felt a strong surge of competitiveness flow through my fingers. I WOULD eat that apple sandwich. I opted for the honey ham add-on. Completely worth it. While I waited for my sandwich to be prepped, Cheese Man and I talked about the best fondues for New Year's Eve parties and appropriate smoked sausage pairings. He knows a personal story for each and every tubular meat in his cooler. I can recall obscure details like the middle name of a client's daughter and her softball team mascot. But I'd much rather know "useless" facts about the two brothers from upper state New York that quit being hockey players to make smoked meats (I honestly can't remember if this was the exact story..but I do remember being blown away by the intricate details Cheese Man knew about every sausage-maker's life. Like…does he personally know all these meat men? Is there a Cheese Man and Meat Man convention I can go to? Where do these people hang out?) I regress. It's these subtle knowledge bombs that have solidified France 44 as more than just a deli – it's an endearing and educational experience that I look forward to on a weekly basis. Bi-weekly if my wallet can afford it. Cuz it's not just the sandwich….I always convince myself that I must support local farmers and buy the $26 block of gouda and a side of herb & salmon creme spread… Everything there is an art. It's deliberate. It's authentic. There's so much pride that resonates inside the four walls of that deli – and it's evident in the stories they tell about each and every product that they sell. I wish I took as much pride as France 44 did in my…well…everything. France 44 is more than just a food & beverage service stop to me. It's a haven that reminds me that life's greatest pleasures can be found in simple moments, if I would just take a couple minutes to listen. I've found many gems like this exist in Minneapolis. But much like the Minnehaha Falls, many of my native Minnesota friends know nothing of these places. They live their whole lives in Edina, yet don't know about France 44. To all my Minneapolis friends – I suggest you find a bike with a basket, maneuver around Lake Harriet, and indulge in picnic essentials from France 44, before the brutal winter officially commences. You'll be pleased to know they also have a happy hour. And if you find yourself as one of my lucky couch surfers, I guarantee I will bring you to France 44. You get the green olives, I'll get the gouda. We won't even need sandwiches after consuming all the complimentary cheese samples. Note to the reader: I was not paid to write this post. And I'm fairly certain Cheese Man is happily married. But that would have made for a good love story, no? 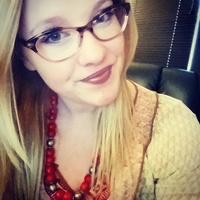