Fernandina Beach, FL: So amazing that four countries and three rebel groups fought over it for 300 years.

Pirates and … world class spas? Behind this serene, upscale community is an island that was once a pirate-era smuggler's cove of ill repute. Fortuitously positioned on the northeastern point of Florida, it's sheltered from the most extreme tropical weather the state experiences. Discovered in the 1560s, it repeatedly passed hands until it became known as the Isle of Eight Flags. With its clear waters, 13 miles of beach, five-star restaurants, affluent boutiques and luxury resorts, Fernandina Beach delivers a paradise as opulent as its history is black.

While the more adventurous opt to rough it like Gilligan in the campgrounds on the northern tip of the island, you could also swag it out movie-star style. Choose from high-end, gated palace communities to what passes as a humble abode to a millionaire. If that's not your thing, you can opt for more decently priced townhouses and duplexes for rent by the week throughout the town. The choice mostly comes down to whether or not you want to walk three whole minutes to the beach, golf course, or five-star gourmet restaurant.

Other than the get a sunburn on the beach, there's plenty to do in this sleepy little pirate hammock. Check out the Fort Clinch State Park, the Amelia Island Museum of History and Central Park (not the New York one). If you're looking for fun in the way of restaurants, try out 29 South, Cafe Karibo, Kelley's Courtyard Cafe, or O'Kane's Irish Pub and Eatery. 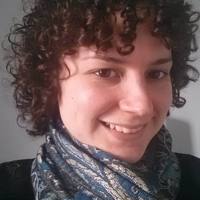 I have a bachelors degree in conflict management, five years experience writing for business, technology and social issues.