I remember the days when Toronto had dozens of independent bookstores; my friends and I would spend our Saturdays browsing through the stacks of many of them looking for unknown gems. One day I was browsing through the shelves...I think it was at Pages which used to be on Queen St. W...when I came across the book Geniuses Together by Humphrey Carpenter. At that time I was just beginning to consider myself a writer and I loved to read about famous writer's lives. I think I felt that somehow their talent would rub off on me. Little did I know that this volume would start me off on a 20-year obsession with the works of the Lost Generation. I became very interested in reading all I could about these authors and started collecting books by the various authors or books about that time in history. The Lost Generation The Lost Generation refers to the generation who came of age during World War I. Many of this generation who considered themselves writers and artists ended up living in Paris during the 20s and 30s. They came from the United States, from the United Kingdom and from Canada. The term Lost Generation was coined by Gertrude Stein. She had an argument with a mechanic of that age and said that they were all a "generation perdue" (a lost generation). It quickly became a name for these authors after Ernest Hemingway mentioned it in the epigraph for The Sun Also Rises; "you are all a lost generation." The Lost Generation changed writing from a stuffy pursuit to one that challenged all the rules. They also lived a largely Bohemian lifestyle on the Paris left bank; there were many lesbians among this group, affairs were rampant, open relationships abounded, and it was all fuelled by copious amounts of alcohol. The Lost Generation loved the "cafe society" lifestyle but the writing did get done and the group produced some of the greatest works of literature of the 20th century. Shakespeare and Company This bookstore owned by Sylvia Beach and Adrienne Monnier quickly became the "headquarters" of the Lost Generation. The bookstore was also a lending library; Ernest Hemingway and other writers made great use of the library. James Joyce, while not an official member of the Lost Generation, became very close to Sylvia Beach; it was she who first published his novel Ulysses. Many writers of the Lost Generation met each for the first time in Shakespeare and Company. Sylvia Beach herself was an American expatriate. She had lived in Paris as a child and fell in love with the city. A Moveable Feast If you want a good introduction to the Lost Generation in addition to Carpenter's book, read Ernest Hemingway's A Moveable Feast. It was published in 1965 after his death and describes his life and the lives of his friends in Paris during the 20s. It also gives some excellent insights into how the author wrote his classic novels and what motivated him to write them. In addition to Hemingway, some of the writers who are considered to have been a part of the Lost Generation of writers are Djuna Barnes, F. Scott Fitzgerald, John Dos Passos, Kay Boyle, John Glassco, Morley Callaghan and Janet Flanner. Ernest Hemingway Ernest Hemingway was born in Oak Park, Illinois in 1899. During World War I, he worked as an ambulance driver in Spain. In 1921 he married Hadley Richardson, the two moved to Paris shortly after. He was working as a foreign correspondent for the Toronto Star newspaper. He and Hadley had one son named Jack who they called Bumpy. They returned to Toronto while Hadley gave birth but returned to Paris soon after The marriage ended in 1927 after Hemingway had an affair with one of Hadley's friends. A recent novel referred to Hadley as his "Paris wife"; Hemingway and his new wife left Paris in the late 20s to return to the US. Hemingway eventually married 4 times before he killed himself in 1961. During his time in Paris, Hemingway wrote and published The Sun Also Rises which was published in 1926. Djuna Barnes Djuna Barnes was born in 1892 in New York State. Long before moving to Paris, Djuna Barnes was an eccentric and had a larger-than-life personality that was noticed by The New Yorker magazine. Barnes came to Paris in the 1920s with a letter of introduction to James Joyce. Novels she wrote during this time were Ryder (1928) and the Ladies Almanack (1928). The Ladies Almanack was a parody of those with whom Djuna Barnes spent her time with in Paris. Her best known work is Nightwood (1936). F. Scott Fitzgerald F. Scott Fitzgerald was born in 1896 in St. Paul, Minnesota. Along with Ernest Hemingway, he is one of the best-known of the Lost Generation authors. In 1920, Fitzgerald married Zelda Sayre. They had one daughter, Scottie. The Fitzgerald's did not move to Paris permanently but they visited frequently. F. Scott became very friendly with Ernest Hemingway. The two had a falling out when Hemingway accused Fitzgerald of being a mercenary writer. During his time in Paris, Fitzgerald published This Side of Paradise (1920) and The Great Gatsby (1925). A Community of Writers The above mentioned were just a few of the many writers who are considered a part of the Lost Generation. Most of the better-known writers had long careers and went on to write classic novels and memoirs. Of course, as with any movement, there were those who were basically hacks who were more interested in the "cafe society" than in producing anything. The 20s in Paris seemed to have been an almost magical time; the cost of living was inexpensive, the alcohol was cheap, and the lifestyle was free of the restraints many of these writers had felt stifled under in their home countries. 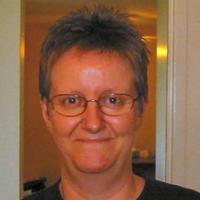