Ethics In Marketing: Where is the Line?

In today's society, it is very easy to participate in dishonest and unethical marketing practices. It is even easier to be discovered and called out on such methods, losing an audience that was previously loyal and satisfied. There are many factors to consider when thinking about ethical considerations in marketing and advertising. This includes but is not limited to being environmentally friendly, working with local businesses, improving working conditions, being diverse and culturally appropriate, and using honest business practices. Many companies have lost followings and respect by ignoring just one of these responsibilities.

One factor of ethical practice that is becoming a larger focus of the world is taking care of the environment. As Kerin and Hartley say in their textbook titled Marketing the Core, sustainability and environmental preservation is only becoming more important to citizens all around the planet (Kerin and Hartley, pg 66). If businesses want to appeal to the causes that their customers care about, they must first look at how they produce and advertise a product. When these practices are amended to become more green friendly, it is included in packaging or press releases.

Companies can also save money and resources by using social media for promotion and marketing. Many have gone this way, with everything from official Twitter accounts to allowing coupons displayed on a phone. While the paper coupons found in newspapers are still popular, the casual thrifty shopper is much more likely to Google a coupon and screenshot it than print one out and bring an extra piece of paper to the store. Similarly, more and more credit card readers are offering the option of refusing a paper receipt. Even better, companies that produce mobile readers such as the Square do not include a paper option at all: customers have the choice between having a receipt texted or emailed to them if they desire a shopping record. It's a small choice that has a huge impact on the environment, and also saves companies the cost of constantly replacing paper rolls in their machines.

Local businesses are often a great source of color for towns large and small. While often overlooked, local business is a wonderful resource for corporations looking to promote a caring image and save money at the same time. When creating a campaign, a large company could hire a local caterer for craft services, hire local models, or purchase clothing from a local boutique. These are ways to show that corporations are not always looking to push Mom and Pop businesses out, but are willing to support their smaller counterparts. It also saves money that was previously spent on ordering and transporting supplies or hired models and consultants. As was previously stated, it saves gas as well, reducing the carbon footprint of a single campaign shoot.

Companies looking to be ethical in today's market must look at their diversity. With social media becoming a larger and larger part of daily experience and communication, companies that are not diverse in their marketing, product, or staff are being called out. Today's audiences are more diverse than ever as society begins to accept differences between consumers and more people are immigrating to new locations, bringing new ethnicities and cultures to areas that previously had no exposure. More and more lifestyles and changes are entering the mainstream, and a diverse audience demands diversity in its marketplace. This has led to a leap in multicultural marketing programs, which use the values and cultures of the people that make up the target audience to more effectively appeal to their consumers.

Very recently, the shoe brand Christian Louboutin made headlines for launching a new line of ballet flats in seven skin colors. The flats join two other lines of the multi-hued Nude line: stilettos and T-strap heels (The Atlantic, 2016). While the shoes are still almost six hundred a pair and not available to the everyday customer, trends marked by luxury brands are quick to be mimicked by more affordable companies. The popular emoji keyboard for iPhone users brought out an update that included skin color variations for all emojis of humans. Band-Aids now come in different skin colors to allow the subtlety that previously only tan people were allowed.

Lastly, companies need to be honest in their dealings with one another. When competition determines which company is successful and which one goes bankrupt, it can be tempting to be dishonest and cut ethical corners. But this can backfire when the truth is discovered, and as the saying goes, cheaters never win. A prime example of this is the scandal that surrounded PepsiCo and Coca-Cola in 2007. A Coca-Cola employee sent a letter on official stationary to PepsiCo offering trade secrets such as confidential documents, product samples, and marketing tactics in exchange for large amounts of money. PepsiCo did the honorable thing and reported the offer to Coca-Cola and a sting was set up to capture the criminals. A Pepsi spokesman said that competition can be tough, but it must be "fair and legal" (Kerin and Hartley, pg 75, paragraph 3). This was exactly the ethical thing for Pepsi to do, and it painted them in an honorable light that did wonders for their image. Economic espionage such as this is very common, though highly illegal.

There are many ways in which businesses and corporations must watch how they act and practice their dealings so as to avoid any ethical concerns. However, the hard work can pay off incredibly as consumers continue to demand more and more of the companies they support financially. If companies listen to their target audience and what is important to them, they will more than likely find success without compromising values or ethics. 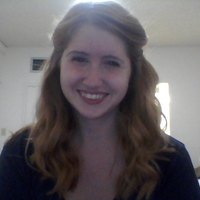 Rachel is a Public Relations and Event Management major at Tarleton University. She has a long history of experience in childcare, theatre, literature, and event coordination. This gives her a unique perspective and creativity that ensures quality content for your business.