A common question in PC gaming is the choice between playing over Ethernet cables (wired) or WiFi (wireless). While there is a simple answer to that question, ultimately a lot of different circumstances and variables come into play that can make either option a valid one. Stick around to find out which is right for you.

The most basic difference between ethernet and WiFi connections is obvious. One requires you to physically tether yourself to your router, which isn't ideal on a laptop, while the other allows you to use your connection from anywhere within range. For many people, the question of Ethernet vs. WiFi just boils down to simple convenience, and this is as far as the argument goes. In fact, people who attend universities or live in shared housing may be literally unable to use ethernet, making WiFi the best and only option for them. However, there's quite a bit more to discuss than that, especially when gaming or using other low-latency applications.

Ethernet vs. WiFi: Performance and Reliability

There are multiple factors that affect the performance of these standards. The kind of cabling you use for ethernet and the supported WiFi hardware of your devices, for instance, can make a huge difference in the performance and reliability of these standards! In most cases, however, Ethernet is by far the most reliable solution for gamers. This is because WiFi routers do something called "QoS," or Quality of Service, wherein traffic is shaped and prioritized based on how the router perceives its importance. Many mainstream wireless routers, such as the one you get from your ISP, may not view your games as a latency-sensitive application, instead prioritizing voice and video over your gaming traffic. This is especially bad on slower connections (5mbps and below) where there's not much bandwidth to share, and using an unoptimized wireless setup for your games here will result in frequent packet loss (lag spikes), increased ping (delayed response time) and general connectivity issues. It is important that gaming traffic is able to be prioritized, and non-gaming-oriented WiFi routers often fail to do that.

By connecting directly over Ethernet, however, users don't need to worry about prioritization. And thanks to the fact that you're hard-wired to the router, you won't generally need to worry about packet loss and unplayable pings since you're on a stable, reliable connection.

For people with high-end connections, they'll also enjoy higher download speeds than offered by most WiFi standards (more on that in a bit), since ethernet cables (especially Cat-5 and higher) are typically much faster than what your average-joe WiFi connection has to offer.

Gaming online means that there will inevitably be some level of latency between you, the server and the other people you're playing against, but using an ethernet cable minimizes latency and interference as much as one can gaming over that distance.

So the common wisdom would be that Ethernet wins, now and forever, right?

Ethernet vs. WiFi: New Solutions on the Market

The debut of the 802.11ac standard has brought some of the benefits of wired to contention. Since very, very few consumer Internet connections exceed 1Gbps, there is no longer a severe download/upload speed bottleneck by using WiFi. There are notable improvements in latency as well, but there are two key issues: 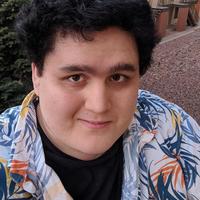 People wanting to use the latest version of Android right away are likely here looking for a Noug... Read More

I distinctly remember the launch of Shovel Knight in 2014. Even prior to its launch, Shovel Knigh... Read More