Britta Gartner travels to Cologne in time to witness the city's magical carnival, Rose Monday. Immersing herself in the famous parade, Britta joins the locals alongside the floats, dancers and revelers passing over two miles through the city centre. Away from the carnival, Britta investigates what made Cologne the city it is today when she meets historians and local experts. As well as the major attractions, Britta seeks out some back-street gems that are easily overlooked but help make a visit to the city so much more special. COLOGNE CARNIVAL The Cologne Carnival, a citywide festival celebrating Rosenmontag, or Rose Monday, was historically seen as one last chance for debauchery before the Lenten season began. While it has lost most of its Christian tradition, the Carnival is still celebrated the weekend before Ash Wednesday. The street carnival starts on Thursday at 11:11 with Women's Carnival Day. The celebrations continue throughout the weekend with small parades and dances, all leading up to the grand parade through the centre of the city on Rose Monday. The Carnival ends on Ash Wednesday, when most people sit down with family for a fish dinner. COLOGNE CARNIVAL MUSEUM The Carnival Museum, the largest of its kind in Germany, shows the history of the Carnival from its ancient beginnings through the Middle Ages and up to modern times. Floats, costumes, dolls and other pieces of Carnival history are on display at various exhibits in the museum. An entertaining experience for history buffs and partygoers alike, the Carnival Museum received an award for its innovation just a year after it opened. THE COLOGNE CATHEDRAL Although building for the Cologne Cathedral began in the 13th century, it wasn't completed until 1880. The Cathedral survived the extensive bombing of Germany in World War II, and its Gothic spires were the tallest structures in Cologne for 100 years until the completion of the telecommunications tower in 1981. The south tower's 100 meter viewing platform offers impressive views of the city and the Rhine, but visitors must climb 533 steps to get there. BASILICA OF SAINT URSULA The Church of St. Ursula is named for a fourth century princess who, according to legend, was martyred by the Huns in Cologne while on a religious pilgrimage. The church sits atop a Roman graveyard, and is said to have been built on the remains of St. Ursula and the 11,000 handmaidens who were killed alongside her. The basilica's combination of Roman and Gothic architecture, its history, and its legends make St. Ursula's a beautiful and popular attraction. HOHENZOLLERN RAILWAY BRIDGE First opened in 1911, the Hohenzollern is Cologne's oldest and most famous bridge. In 1945, the German Army bombed all the bridges on the Rhine, including the Hohenzollern. Reconstruction started just three years later, and was completed in 1959. Today, six railway tracks run beneath the Hohenzollern's iron arches, with 1200 trains passing over it every day. The bridge also has a pedestrian walkway that offers beautiful views of Cologne's skyline and the Cathedral, especially at night, when the lights of both the bridge and the city are reflected in the river. The walkway is lined with padlocks, attached by couples who throw the keys into the Rhine as a symbol of their lasting love. SCHILDERGASSE Schildergasse is Cologne's most popular shopping area. With over 13,000 visitors per hour, it is the busiest shopping street in Europe. The pedestrian-only boulevard, which spans 500 meters, dates back to Roman times, when it was one of the city's main roads. In addition to its many shops, cafés, and restaurants, Schildergasse is also home to St. Antoniter Church, one of the oldest Protestant churches in Cologne. THE BELGIAN QUARTER The Belgian Quarter is another shopping district in the heart of Cologne, although smaller and more laid-back than Schildergasse. It is home to many young, up-and-coming designers and offers shoppers the chance to buy non-mainstream labels and fashion. Local artists display and sell unique handmade jewelry. The Belgian Quarter also houses many pubs, cafés, and restaurants that have a quieter atmosphere than those in the busier shopping districts. THE COLOGNE TRIANGLE BUILDING Opened in 2005, the sleek, modern architecture of the Triangle Building has already made it a must-see landmark. Although it is a working office building, the Triangle has a 103-metre public rooftop platform that gives panoramic views of the Cathedral, the old town and the Rhine. On the ground floor, Mongos serves up fresh, grilled Asian cuisine, while l'Orange Bistro sells soups, salads, and other light, healthy fares. THE FRÜH AM DOM BREWHOUSE Although the Früh and Dom is no longer a brewery, it still exists as a pub and beer hall. Centrally located near the Cathedral and the train station, the Früh am Dom is one of the most popular places to get one of thirty-five varieties of Cologne-brewed Kölsch beer. The pub serves hearty, traditional German dishes—the perfect complement to a Kölsch. On nice days, patrons can enjoy their drinks in the outdoor beer garden. COLOGNE'S CHOCOLATE MUSEUM Located in the Rheinau Harbour, the Chocolate Museum will satisfy every sweet tooth. Museum-goers will learn about the history, farming, and production of chocolate. Visitors are invited to taste the fresh chocolate that flows through the museum's fountain. If that's not enough, the museum café serves a number of sweet, chocolaty treats and unique drinking chocolates. Guests can even enjoy their desserts in rooftop beach chairs overlooking the Rhine. CLAUDIUS THERME Claudius Therme is a luxurious relaxation centre in Cologne's Rheinpark. The main feature of the centre is the thermal baths, a natural mineral hot springs. The Therme also has saunas, steam baths, and a floating pool enriched with healing Dead Sea salt. Spa-goers can indulge in beauty and wellness treatments and those with a doctor's approval can even do physiotherapy sessions. 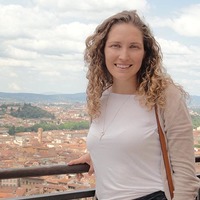 I am a writer and public relations professional with experience in writing online content, blog posts, ad copy, press releases op-eds and feature stories. I have written for internationally recognized companies, including HerCampus and Travel Channel International. Most recently, I worked in public relations, specializing in public affairs and media relations.

Focus on our kids’ strengths, not their weaknesses

My wish for schools is that administrators and teachers focus on individual children's strengths ... Read More