Erin Bates opens up about Season 3 of Bringing Up Bates

Erin Bates has experienced quite a bit of change these past few years. As a member of the huge Bates family, her life has never exactly been ordinary, but now she's a wife, a mom, a reality star and a successful musician. Bates' life may now include filming crews and recording studios, but ultimately, she is the same kindhearted, humble person that her parents raised her to be. In an exclusive interview with SheKnows, Bates admitted that, for the most part, life is the same now that she's a big reality star. She does occasionally get recognized when she's out and about, but for her, that's a good thing. "Occasionally, we go to Walmart or different stores, and people are like, 'Oh I know you!' It's so sweet. For me, I love it because I'm a people person. I think it's been a great encouragement to talk with people about how the show has helped them." The new season of Bringing up Bates will surely resound with fans as it will feature plenty of situations with which they can relate. Although Bates is not quite ready to share specific details about the new season, she does believe that viewers will enjoy it, "just because so much is happening...everybody's in different places." She feels that, as always, Up TV has done an excellent job of showing what it is like to grow up in the Bates household. "Up TV is definitely putting on a reality show. Everything is really realistic. It's amazing how they've really captured our family." Bates' involvement in reality television has opened up an array of opportunities. She's always wanted to be a musician, but now, she has the connections needed to make that dream come true. She recently released the instrumental album Comfort & Joy on iTunes, and it's already generating an impressive response. Recorded in Nashville, the album features the amazing Andy Leftwich as accompaniment and producer. Opening up about her new release, Bates explained, "Christmastime is my favorite time of year. I've always wanted to produce a Christmas album, but it just never worked out with the right timing. So this year, I was like, Andy I really want to, so he was really my biggest fan behind it and encouragement. It was a dream come true for me to be able to do it, and especially with Andy, the fiddler." Comfort & Joy features several holiday favorites, including "Frosty the Snowman" and "Silent Night." Bates especially enjoys "Jingle Bells," "because it's so light and happy." Her favorite slow song on the album is "Away in a Manger." Bates hopes to continue recording and performing in public in the future, but for now, she most enjoys teaching piano. Regardless of her future in the music industry, she hopes, "music will always be a part of my life." Although she loves being a reality star and a musician, Bates' biggest passion is for her family. She is a proud wife and mother — roles that will likely be further explored on the upcoming season of Bringing Up Bates. Although she believes that having so many siblings helped prepare her for parenthood, she insists that there's nothing quite like having a child of your own. Despite the increased sense of responsibility, Bates absolutely loves life as a mother. She "can't imagine being happier." 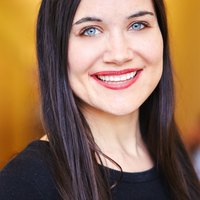 Kris Allen is best known as the season eight American Idol champion and the smooth singer behind ... Read More