After years of cultivating knowledge on all things technological and earning the resident computer guy title at home and work, hardcore computer enthusiasts have heard all the usual terms of endearment and derision that go along with the status. Geek, nerd, dweeb, technophile, computer enthusiast, gadgeteer, techie, antisocial, Mr. Computer Guy... oh, the list goes on. But just when it seemed safe to wave those geek flags, and march through the streets chanting "we're geeks, we're l33t, get used to it," Ricky Montalvo has popped onto the scene to plant a freshly polished name in the minds of geek fans everywhere: technosexual. By now, we've all heard (and have tired of) the buzz-worthy "metrosexual," the term used to describe men who put a great deal of effort and money into their personal style. In the days of Henry Higgins, we might call him a "confirmed bachelor." "With metrosexuality, it's about style, fashion, culture, and grooming for the straight male. A metrosexual man may be seen at an NBA game one night and an art gallery opening the next," says Ricky Montalvo, the man who wants to take technosexuals mainstream. "We take it one step further by adding technology. A technosexual man may not need to go to the NBA game because he can get highlights and scores via SMS or by browsing the web on his PDA while at the art gallery." The official definition for technosexual is "a dandyish narcissist in love with not only himself, but also his urban lifestyle and gadgets; a straight man who is in touch with his feminine side but has fondness for electronics such as cell phones, PDAs, computers, software, and the web." Many of the geeks I know and adore are far from dandyish and hardly narcissistic. Despite the frou-frou connotations, Montalvo insists that this term is not bound by sexual orientation. "The technosexual lifestyle is universal, it has no druthers towards sexual preference," he says. In this incarnation of the word, technosexual is a lifestyle term. "Our guys dress from Banana Republic, Saks, and Neiman's and shop at Crate & Barrel, but they also make stops in Best Buy and CompUSA." Although it seems like a made up word just to give the "M" word some competition, Montalvo didn't invent the technosexual. As far back as the 1970s, fetishists and intellectuals have equated the term with robo-rumbustication. Or, as defined by the Alt.Sex.Fetish.Robots FAQ, "Technosexuality is a word used to get away from the oft-confusing acronym, A.S.F.R., which refers to the sexual interest in machines, robots, androids, gynoids and other sexual devices not really occurring in real life." Montalvo aims to separate the word from its original meaning and integrate it into the mainstream. "I would like to redefine the term as to a lifestyle where gadgets are a part of everyday style and life. We get emails from people who tell us how gadgets and technology are part of their lifestyle." This concept hinges on the notion that "lifestyle" encompasses stylish décor, dress, and a high-class standard of living. It also assumes that today's geek has the income to afford Pottery Barn furnishings, gourmet foodstuffs, and the Sony Clie. Real geeks, however, may forego the furniture in favor of Hitachi's 300 GB hard drive and a couple of cases of Jolt Cola. "I don't think anyone can be fully technosexual without a sense of style and openness to it," says Montalvo. "But I do think there is hope for the traditionally geeky." Enter Montalvo's pet project, Technosexual.org. The website, for now, is strictly an online guide for guys who are technosexual or want to become more in touch with their technosexuality. Montalvo explains the mission of the site, "For geeks in need of style, we are here to say there is hope without losing your geek. We are here to help you polish your lifestyle by adding just a bit more style and flair." Montalvo happened upon the concept after being pegged by friends as "a metrosexual and a gadget guy." He says, "I like to dress nice, I love fashion and style, but I also have an obsession with electronics." And so he created his website for friends with similar afflictions. With sections on style, culture, home, and etiquette, Technosexual.org appears to be a geeky Internet version of the "Queer Eye" phenom. "Technosexual can help in any area really." Montalvo continues, "For cooking, we can recommend cool digital devices to help you prepare a meal. Or for home décor, we can recommend a software program that will help you pick out which colors to choose for the living room." Content is being added at a steady pace, with future plans including video channels. Some of the bloggers who have been passing the link around seem to be on board with the idea, while others remain skeptical. Is technosexuality a passing trend or is it here to stay? Montalvo seems to believe in its longevity. "Gadgets have tipped into the mainstream. I just don't see a world without technology, specifically devices to make our lives easier." Going one step further, he suggests that technology should change a woman's standards when looking to pair up with a member of the opposite gender. "Back in the old days, the woman's ideal man would be described as someone who can mow the lawn, change the oil in the household cars, and clean the rain gutters. Nowadays, a woman's ideal man should be someone who can troubleshoot the household DSL or get last-minute movie showtimes on his PDA while on a date," Montalvo says. Will traditional geeks make the transition to stylish gadgetnistas? It's unlikely that production will cease on geek paraphernalia or that Think Geek will switch to Think Technosexual anytime in the future. 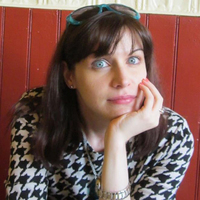 Since the turn of the 20th century, Coca-Cola and Pepsi have been fighting to capture the hearts ... Read More