Men fare worse than women in many aspects of oral health, including rates of gum disease, tooth loss and certain oral infections. Some of these differences reflect dental health habits that are lacking more in men than in women, whereas others may be due to higher blood pressure and risk of heart disease. The medications men take to control these conditions can be a factor, as well. Still, these oral health facts show how men's lifestyle choices simply differ from those of women. 1. Missing Dental Visits Men are less likely to visit a dentist than women, according to the Academy of General Dentistry (AGD). Rather than seeking preventative dentistry, they often visit a dentist only when they have a problem that needs prompt treatment. 2. Insufficient Brushing Research by the American Dental Association (ADA) and the AGD found that roughly 8 percent more women brush their teeth twice a day than men. Adult males are also less likely than women to brush their teeth after every meal; this amounts to 20.5 percent of men compared to 28.7 percent of women. 3. More Gum Problems The ADA and AGD also found that 34 percent of men from 30 to 54 years old suffer from gum or periodontal disease, relative to 23 percent of women within the same age range. Between the ages of 55 and 90 years, 56 percent of men and 44 percent of women suffered from gum disease. 4. Higher Risk of Dry Mouth The AGD suggests the quality of men's dental health may be associated with heart disease and high blood pressure medications that cause dry mouth. Because saliva has a protective effect against bacteria, the chances of dental problems increase when it's low. 5. More Advanced Conditions The Washington State Department of Health found that adult women have less severe periodontal disease than men of every age. In addition, white and African American women both have a lower incidence of pharyngeal cancer than men of the same backgrounds. 6. More Dental Replacements Annlia Paganini-Hill and other researchers published a study in the Journal of Aging Research, which showed elderly men to have fewer teeth than women by a certain age. As a result, they more frequently wore dentures. 7. Higher Use of Carcinogens Twice as many men as women develop oral cancer, often from smoking, chewing tobacco and drinking alcohol. Each of these are carcinogenic in nature, meaning they can put you at high risk for cancer. 8. Higher Risk of HPV Poor oral health is also a risk factor for oral human papillomavirus (HPV) infection. A study by the University of Texas found more men than women suffer from the oral manifestation of this virus, which can lead to oral cancer. Similarly, states the ADA, four times as many men as women suffer from oral cancer associated with HPV. Men don't naturally come to the table with a good hand regarding certain oral health facts, but there is plenty they can do to reduce their risk of dental problems. Brushing twice per day with a fluoride toothpaste such as Colgate Total® Clean Mint, and flossing once daily after a particularly rich meal, can maintain healthy teeth and gums. A dentist can advise on how to help prevent dry mouth, and men can reduce some of the behaviors that may lead to oral cancer. 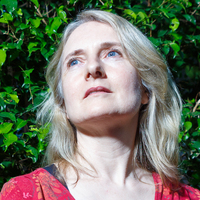 Jenny Green is a freelance writer who loves writing about her obsessions: science, gardening, animals and travel. Her work has been published in SFGate, Opposing Views, Synonym.com, Diva, Perihelion, Lamplight and many other websites and magazines.

How to Conserve Water and Electricity in Your House

Small changes in daily habits can save water and electricity in the home, reducing household expe... Read More

How to Maintain a Pond

A garden pond gradually turns into a bog garden without regular maintenance, so if you want to pr... Read More