If you live in the suburbs or near an elementary school, you've seen the signs. In bright yellow or neon green, they urge drivers to slow down and watch out for children at play or in crosswalks. Sometimes they even specify that there are hearing-impaired or autistic children in the neighborhood who may not notice approaching vehicles. You'd think that would be enough, but it isn't. Each year, about 7,500 children under the age of 15 are injured in what the National Highway Traffic Safety Administration calls "nontraffic motor vehicle crashes," and about 250 are killed. Most are "nonoccupants," meaning they were on foot or riding bicycles. The agency, citing data from 2008 to 2011, found that 85% of nonoccupant child traffic fatalities were just 4 or younger. Warning drivers about kids seems like a no-brainer, because nobody wants to injure or kill a child, right? But, as I pointed out above, we already have those signs. They're ubiquitous. So why are kids still dying? The answer is simple: The signs don't work. In fact, they may actually put more children at risk by giving the false impression that it's safe to play in the street. And since most drivers on residential streets live in the neighborhood themselves, they quickly become accustomed to the signs and stop noticing them. Furthermore, local governments are sometimes hesitant to post such signs because they may find themselves liable if an accident occurs despite the presence of the sign. But yard signs are different. Private citizens generally aren't liable if their yard signs are ineffective, and they are the people best suited to appeal to their neighbors. Yard signs can use emotional messages that are inappropriate for official traffic signs — hence "Drive Like Your Kids Live Here." Kevin Salley, a real estate agent in my area, recently posted on Nextdoor to offer free yard signs aimed at encouraging drivers to slow down on residential streets. There were two versions: "Drive Like Your Kids Live Here" and "Drive Like Your Pets Live Here." (You can order both versions here.) When Salley posted his offer, most of my neighbors requested the "kids" version of the sign (the ratio was about 3 to 1, he said). That didn't surprise me. I love my dog and would be devastated if she were hit by a car, but it would be far worse if the same thing happened to one of my neighbors' children. Anything we can do to keep kids safe is probably worth doing. Still, I ordered both versions of the sign, and here's why: I don't know anyone whose child has been hit by a car, but I know countless people whose pets have been injured or killed by motor vehicles. Humans are inherently empathetic, and we don't like to imagine the worst-case scenario. We prefer to think it's impossible that we could ever hit a kid while driving. Therefore, those signs can't be aimed at us, right? But every driver has seen an injured or dead animal in or near the road. Many of us have hit squirrels, rabbits or raccoons. Most of us have probably encountered dogs or cats in the street, and some of us have accidentally hit them with our cars. That's not as terrible as hitting a child, but it's a lot easier to imagine because it happens a lot more often. And since many speeding drivers (in my neighborhood, at least) are teens who don't have kids, the "don't kill our pets" appeal may work better on them. That's my guess, anyway. So please, drive like your kids live here. But drive like your pets live here, too. 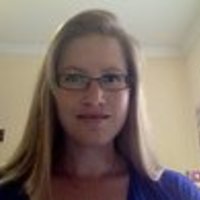 Elizabeth DeHoff has worked as a professional writer and editor since 2002. She holds a B.A. from the University of Colorado and an MBA from EDHEC Business School. Although she can write about almost any topic, her areas of expertise include business, finance, investment, entrepreneurship, management, marketing, social media, cross-cultural teamwork, economics, travel, fitness, pop culture, and food and wine.

Figure skating is both an art form and a difficult sport; the sequins hide a lot of bruises. But ... Read More

Drink Local: Incorporating the Locavore Movement Into Your Beverage Menu

The locavore movement has gotten a lot of press lately — and for good reason. There's a lot to be... Read More