The world is starting to get the importance of energy management. Books like The Power of Full Engagement have put it into the public's consciousness… and into mine. Before this, all we had was the concept of time management. Super-Achievers Aren't Time-Nazis We're told we should protect our time fiercely, if we want to be great and achieve things. This can lead to the dirty feeling of brushing people off who matter to you, or looking at everyone in your life like cattle to be divided into those who help you and those who don't, and cut off those who don't. It makes sense to surround yourself with people who build you up, but I felt this was being taken to a damaging extreme. Problem was, not all successful people do this. In fact, I started to notice reports of most successful people tending to be extremely generous with their time, even though it's 'valuable'. What did they know that the rest of the world was missing? I think they see the issue from the perspective of energy, not time. They protect their energy. Eliminate the Energy-Drains, not the Time-Sucks Taking David Allen's definition of productivity, time spent watching a movie with a buddy can be productive. Productivity means doing what you set out to do. If you're on holiday with your family, and you're sneaking out the phone every now and then to respond to work email, then you're not being productive, because you're there to bond with your family. Likewise, Darren Hardy stated in his talk to ??? that when he's sitting down to watch the Superbowl, he's making money. Why? Because it relaxes him, and that time spent watching his favorite game allows him to come back at his work with renewed energy later on. Gary Vaynerchuck said the same thing on The Cain Conversation about the Sunday game. Achievers know how to disengage. And they feel no guilt about it, because they understand its value. Re-Define What and Who is "Worth Your Time" In itself, your time is worth nothing to the world. And it's worth everything to you. An employer does pay you for your time. She pays you for what you do in that time. Even someone who loves you unconditionally still only appreciates your 'time' because you're standing there in the middle of it. Don't feel pushed by success gurus into cutting off quality time with people you care about because they complain too much. Say an old friend who's struggling with never-ending problems and has never shown any sign of wanting to improve himself – and who makes you laugh like a stoner – wants to meet up for a pointless pint at your old haunt. If you've been following self-development bullshit for as long as I have, you'll feel you 'owe it to yourself' to 'value your time' and spend those three hours studying marketing, or something. Stop that shit. Instead, ask yourself… Are you stressed? Burned out? Been spending a few days being incredibly sensible and 'optimized'? Maybe it's time to "blow of some steam". As long as you put your work behind you, (and don't get drunk), you'll feel restored the next day. And if you don't, then sure, cut him off like a sociopath. The point is that you do things that build up your energy, physical, mental, emotional, and spiritual. And that takes a respect of rhythm. 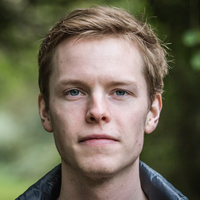 Educated as a biologist, I ended university by working in a small lab for an entrepreneur who was helping farmers produce more crops. The lab work was not for me, but I became fascinated by business. I learned all about sales and marketing, which led me to content marketing. I joined a startup in Poland to hone my writing skills, something I had always been gifted in ever since I was a boy. I discovered there was something both scientific AND creative about content marketing, and my talent began to shine. In the five years since graduating, I've helped many companies to produce engaging content, and even helped a few with their content marketing strategies. I like the slick interface of Scripted, and I'm aiming to use it to reach more people who might want my carefully crafted (and marketing-savvy) prose to help them achieve their goals.

I know how to kill a social media campaign. Believe me. And because of that, I've learned that av... Read More