Disaster On The SS Sultana

When the SS Sultana exploded in the flood-swollen waters of the Mississippi River in the early morning hours of April 27, 1865, at least 18 soldiers precious to hearts in Greene County were aboard.

Twelve of the 18 died. Of the six who survived, one would make it only until September before he succumbed to the depredations inflicted on his young body in Cahaba Prison Camp in Alabama.

The sinking of the Sultana was this country's greatest maritime disaster, with a loss of life of somewhere between 1,700 and 1,800 people.

But few knew about it then, and even fewer do today, as we mark the 149th anniversary of this event during America's observation of the sesquicentennial of the American Civil War -- 1861-1865.

THE MEN ON BOARD

On that spring night of 1865, these 18 were among the unknown number of Union soldiers packed aboard the Sultana, a two-year-old, side-wheeler steam vessel that had launched on Jan. 3, 1863.

Except for a few guards, about 100 civilians and 85 crew members, the passengers were former Union prisoners of war who had spent time at either Camp Sumter at Andersonville, Ga., or Castle Morgan at Cahaba, Ala.

Seventeen of the local men had been imprisoned at Cahaba; only Knight was incarcerated at Andersonville.

Except for Knight and John T. (J. and F.) Haun, all the men were captured during the two-day battle of Athens, Ala.,/Sulphur Branch Trestle on Sept. 24 and 25, 1864, where Parman was serving with the 9th Indiana Cavalry. Most of the group served with the 3rd Tennessee Cavalry.

For his book, Disaster on the Mississippi, Gene Eric Salecker collected stories from the survivors and the people who rescued them.

Salecker's collection revealed that aboard ship, the ragged, emaciated men were singing and talking of home -- the anticipation of mama's home cooking and seeing their wives and sweethearts once more.

There was barely room for everyone to stand on board, let alone bed down, but they managed. Spirits were high; they were headed home, by way of Camp Chase, Ohio, where they would be mustered out officially.

Aboard the vessel were 463 soldiers from Tennessee regiments. Only Ohio, with 652 men, had more POWs on board.

Of the 18 local men, many were from the western end of the county, and many were related.

They had traveled together to Kentucky to enlist. That was necessary for men who wished to serve with the Union, because East Tennessee was basically an occupied land, overseen by Confederate troops from Middle and West Tennessee.

The Confederate States of America had instituted a draft in April 1862. Union sympathizers' choices were to serve with the Confederacy or travel by night and with a guide to an adjoining state to enlist with the Union forces.

The Sultana certainly proves the old adage, "Timing is everything."

Earlier that month, the Civil War had ended with Gen. Robert E. Lee's surrender on April 9; President Abraham Lincoln had been assassinated on April 15; and John Wilkes Booth was killed on April 26.

It is little wonder that the news of the Sultana disaster was relegated to the back pages of newspapers of the day. Many people simply never knew about the explosion of the Sultana and the massive loss of life.

By late in the month of April 1865, news of Lincoln's death was just making its way to the center of the country, via newspapers. On its trip south from St. Louis, Mo., to New Orleans, La., the Sultana dropped off newspapers covering Lincoln's death.

Knowing that the war was over, the ship's captain and part-owner, J.C. "Cass" Mason of St. Louis, stopped at Vicksburg to make arrangements for his ship to be able to transport some of the federal troops.

He was successful in his dealings and continued his journey to New Orleans before heading back north.

When the Sultana returned to Vicksburg on its way to Ohio, a boiler needed to be replaced. However, taking two or three days to replace a boiler meant the ship might miss out on the transport money of $5 per enlisted man and $10 per officer.

To save time, a worker riveted a patch to the problem boiler. As a result, the ship lost only hours instead of days.

It was talk of bribery that spurred Capt. Frederic Speed, assistant adjutant general for the Department of the Mississippi, into agreeing to load so many men aboard one vessel.

The Sultana was the only ship in port that had a contract with the government to transport troops, so although other ships were available, all the men at Camp Fisk were herded onto the Sultana.

Bribes were flowing in an attempt to get soldiers loaded onto unapproved ships. Speed was determined that the men be loaded only onto ships under contract with the government so that he could never be accused of accepting a bribe.

The irony is that he was the only man charged in connection with the sinking of the Sultana. His conviction was later set aside.

HOW MANY ON BOARD? NO ONE KNOWS

The soldiers' names were listed as they boarded, then Speed was to complete their paperwork and send it on to Camp Chase in Ohio, where they would be mustered out. 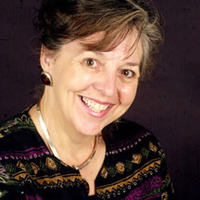 Velma is an award-winning journalist, who is enjoying exploring online freelancing. Her beat was lifestyles, but occasional hard news stories and accompanying photos were accomplished. Stories about frilly dresses, giggly brides and anything around the home may be her mainstay, but she is completely at ease researching and producing an in-depth historical article, business or shopping story. She won state feature writing and multi-media awards -- "Disaster on the SS Sultana" and "Finding Our Own In The Blue And Gray." She is an experienced, thorough researcher who digs to the bottom of a project to be sure her work is accurate. Having worked on deadlines for much of her life, she can deliver -- with time to spare. She's dependable, knowledgeable and gifted. She "relaxes" by tackling writing projects.

Customer Ratings:
1 reviews
Get Started With This Writer View Profile