Democracy has been hacked

THAT'S RIGHT DEMOCRACY HAS BEEN HACKED! SO HOW DO WE GET WHAT WE WANT. HOW DO "WE THE PEOPLE" ACTUALLY GET OUR PRIORITIES RATHER THAN THOSE OF THE RICH AND POWERFUL TO BE ACTED ON IN OUR VARIOUS LEVELS OF GOVERNMENT? That is the purpose of a democracy right? That we the people, tell people we send to serve us all, what we want them to do in our name. That is the idea of our democracy after all, is it not? Democracy comes from the word DEMOS which means of the people. Huge amounts of "digital ink" have been used describing how we are all being ignored by those in power because of the corrupting influences of money and power. I know I've spilled some of that digital ink across this site's pages myself! But at heart, we all know the system is badly infected with a type of industrial strength civic "malware". The US government is worried about being hacked by China and other foreign powers. But the fact is the US government has been hacked from within! By "donating" millions of dollars to campaigns, and inserting paid loybbists into the halls of Congress and into the offices of legislators, these often multinational industrial anarchists, anti-democratic hackers/vandals, inject their own form of Malware into what is supposed to be our opensource "code". That code is our law of the land, laws that are a set of instructions meant to hopefully create a framework of a just society, and the result has been and is the hijacking of the will of the people. On the Internet when one's site is hacked, when we go to use the site instead of getting the information we wanted, we are shown some hackers advertising the want to use to squeeze some dollars out of us. In the hacking of our government it works much the same way. Instead of getting the laws, including the budgets we instructed our legislators to create for we the "users" of this operating system called democracy, we get a bunch of laws and a budget that favors the very rich by squeezing more money out of working people. So how do disinfect the Corporate Corruption Malware out of our populous operating system we call a democratic representative Republic? We need great "Civic-Coders" who can write Civic Anti-Malware software in the form of anti-corruption legislation. We need to make it "Opensource" so all of us "users" ie citizens, can help debug the code and participate in a new Lean Startup called America 2.0! We need to reward users and the operators of democracy for creating better features, and for finding and fixing bugs, so we are all in on the process and not just spectators watching some game played out before us, one which actually is written so we all lose every time! Yes we need to "gamify" democracy and make it fun to win together because creating a just compassionate society should be rewarding! We have to have a fair game that ensures that every "player" has a chance to level-up, form teams, and win! FIXING A HACKED DEMOCRACY, THERE'S AN APP FOR THAT! We could reorganize our economy from the grassroots up, and use mobile apps to buycott those who don't practice fair trade standards, who pollute our Earth and our political processes but that will take a monumental organizational effort too not to mention a great deal of money. BuyCott is one example of this.We believe seeing the calories on labels helps people make healthier decisions and our government mandates this be shown to us, why not see if the companies we spend our hard (harder and harder) earned money with are ones that poison our people and Earth or use slave labor so we can make better decisions too? We could create mobile apps to alert every citizen when a vote in Congress takes place on an issue they personally care about so they and others who share their concern for that issue can make calls to their elected representatives office to voice that concern and go on record doing so. If enough people call on any given issue it's been reported to have a noticeable impact on the voting behavior of elected officials.Here is an app that can help us do just that! It's called Capitol Bells. Voting is important, but our voting must not end after we leave the polls. When our laws are being voted on in the legislatures like the U.S. Congress, we must know what they are doing and voice our concerns to let them know that a) we are watching them, and b) we are their bosses and can fire them at the next election!But we must be informed! We must have the information about what our elected public servants are doing in our name. It is way more important than any sport, singing competition on television or Internet meme sharing we might want to engage in. Real lives and the stability of this very Earth we all share are in the balance and it all depends on enough of us paying attention. Either we pay attention or we pay with our lives.So this App Capitol Bells helps us pay attention and make our voices heard. It's a good start. We can support and use it. We can use it or something like it or we can resign ourselves to letting establishment Party leaders, rich donors and industrial lobbyists decide how we all live and die. Our choice! 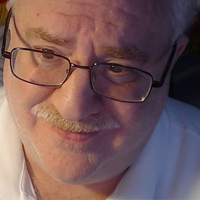 I am a writer and web developer with over 20 years of experience in technology and a background in public policy issues, civic engagement and political science. I write about politics and social justice issues including global environmental concerns, and civic engagement. I also enjoy writing about personal growth and development including mindfulness meditation practices. I would be delighted to write for you and look forward to discussing your next project with you.