I've discussed Dietrich Kalteis's writing before several times here on the blog. And I won't bore you with the old cliché about writers getting better with every single book.

That's not the case here at all.

But don't take that the wrong way. What I mean to say is this.

Dietrich Kalteis's latest crime novel, Zero Avenue, is another installment on the same fantastic level that his fans have come to expect from him over the course of his five novels.

I mean, shouldn't a writer have a bad book every now and again?

Which is my way of saying that I loved this book. I couldn't put it down. It has a perfect blend of era, style and ambiance combined with dialogue so spot on that you hear the voices in your head.

It doesn't take long before Frankie and her well-meaning stable of flunky friends get sideways of Sayles and his henchmen. The book's pulsating plot involves stolen cornfield dope, shredding guitar licks, and one very bad-ass catapult.

Yes, you heard me correctly. There's a freaking catapult in the book. That's all I'm going to say about it.

The plot's stakes rise with every page as Frankie tries to both work her way out of a jam, and work her way into punk rock stardom with her band Waves of Nausea.

If that doesn't sound awesome, then you might want to get your pulse checked.

But what's truly great about this book is the sheer sense of immersion it provides. You will absolutely feel like you're in 1979 Vancouver, known affectionately then as "No Fun City." You'll almost be able to smell the stale beer, cigarettes and burning hash.

There's also a random reference thrown in to a club promoter in California who sounds an awful lot like one of my favorite current crime fiction writers in his past life (You'll have to unravel that one for yourself).

I keep saying that sooner or later American crime fiction readers are going to realize Vancouver has some of the very best working crime writers in the world.

Don't believe me? Pick up this book. I bet you won't put it down until you run out of pages.

For lack of better words, I'll pay this book the highest compliment I can pay any novel.

I wish it was mine. 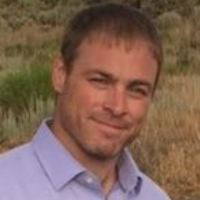 I'm a published author of several books, including a novel, a collection of short stories and a novella, with a second novel scheduled for publication in April 2019. I hold both a bachelor's degree in writing as well as a master of fine arts in commercial / popular genre writing. I am also the editor of the short story publication Crime Syndicate Magazine, where I have edited and published both international bestselling authors as well as debut authors. I have over five years of content marketing experience in industries ranging from retail websites to local businesses, and even for IT firms. I have blogged for a variety of products and in a variety of voices in that time. I feel comfortable with almost any writing project, whether blogs, landing pages, product descriptions, or marketing emails. I look forward to working with you to cr...

One of our all-time favorite television shows was AMC's "[Mad Men](http://www.imdb.com/title/tt08... Read More

"I love it when a plan comes together," Colonel John "Hannibal" Smith was famous for saying on th... Read More