Recent sightings ignite hope for species thought to have disappeared from the Mexican island It has been about 10 years since local environmentalists and conservationists sadly concluded that the last of the wild whitetail deer — odocoilesis virginiansis yucatanensis — had disappeared from Mexico's Isla Cozumel. Despite private conservation efforts and awareness campaigns starting in the 1980s, locals believed the species had been hunted to extinction on the island by 2000. photo of Cozumel whitetail deer Photo by Tati Biermas Photographer Tati Biermas captured Cozumel's elusive whitetail deer on film this past October. A local photographer, Tati Biermas, recently proved this assumption wrong. Biermas is one of the only people to capture these elusive and greatly missed members of the island on film in more than a decade. Her role as island tour-guide and photography teacher regularly takes her into secluded areas of Cozumel where she photographs herons, crocodiles, coatis, and many more wildlife species in their natural habitats. "I saw them on the other side of the island... at the end of a lagoon south of Rancho Buenavista," Biermas says of her latest encounter with the wild deer this past October. This was only her second encounter with the species in 16 years, but she's not alone in her discovery. Reports of deer sightings are on the rise, particularly on the south and west sides of the island. Cozumel's whitetail deer is a smaller version of the Canadian and American whitetails, with ancestral roots throughout Mexico's Quintana Roo and the Yucatan regions. A subspecies of the larger northern deer, the yucatanensis of Cozumel are the same species found on the nearby mainland. According to local historians, the deer were brought to Isla Cozumel in the 19th century by Mayan refugees who were fleeing the Caste War of Yucatán. Originally farmed as a dietary staple, some deer escaped the small family farms and bred throughout the island. As the island's human population increased from just a few hundred residents to tens of thousands, the deer faced increasing threats from over-hunting. (Actual population numbers are unavailable since tracking the remaining deer is so difficult.) For residents and tourists alike, part of the charm of Isla Cozumel is the fact that it has been left largely undeveloped by people. Perched just a few miles off the Quintana Roo mainland of Mexico, the island is home to diverse species — including green turtles, blue morpho butterflies, iguanas, and boars — and is full of unexplored jungle that is still thought to harbor many secret species and even tiny unmapped ruins and communities. Cozumel's deer population has taken refuge within the heart of the island, among the palms, cenotes, ceiba trees and myriad reptile species. Here, they have access to a variety of grasses, leaves and mosses all year round in a mild climate that is easy on young fawns. Compared to their mainland cousins, the island deer are identical except for their smaller antlers and overall stature, which Carlos Ricardo Peralta Muñoz, who works with Ecología y Medio Ambiente Cozumel and the Humane Society of Cozumel, says are a natural adaptation to the relatively short jungle foliage found on Cozumel and coastal Quintana Roo. Sightings of this species have been rare over the past decade, passed around like ghost stories. But this last year, a few intrepid members of this secluded deer colony began to shyly explore beyond the dense jungle. With confirmation that the deer still inhabit the island, the question for conservationists has become how to support the repopulation of this treasured species. Wildlife conservation plans are nothing new for the Ecología, a government-sponsored conservation and environmental organization. Its Cozumel Turtles initiative has protected green and loggerhead turtle eggs and hatchlings since 2012. According to Muñoz, the island's wild deer have been officially protected by the government since the early 1980s when the animals began to disappear from their habitat. There are a few authorized private breeders, but hunting and eating the deer has been strictly forbidden for decades. Deer farms have been approved for the purposes of expanding the population so that they may be released into the wild once they've reached adulthood. "Deer meat was a common food source for Mayas and locals," Peralta explains. "I even got to eat it as a child until it was banned." Since people are no longer allowed to consume the wild deer, the only serious predator that the whitetails need to contend with are the crocodiles that inhabit Cozumel's mangroves. Of course, these too are an endangered species on the island, and as yet, are not believed to pose a significant threat to the repopulation of the deer. Conservation efforts, therefore, needn't address any particular hardships within the natural landscape; instead, the way forward appears to be to continue the stringent no- hunting policy and perhaps inform residents and tourists of the possibility of highway encounters. The deer have everything they need to survive and thrive on Cozumel, they simply need to be left alone to do it. To help bolster numbers more quickly, Ecologia is supervising local breeding efforts. For now, conservationists in Cozumel are just glad to see the whitetail showing their faces again. Catching a quick glimpse of a slender brown snout peeking out from behind the palm trees is exhilarating for virtually everyone who lives on the island. And if you're quiet, respectful and very careful, as people like Biermas know, you just might get more than a fleeting glimpse of a species that continues to beat the odds. 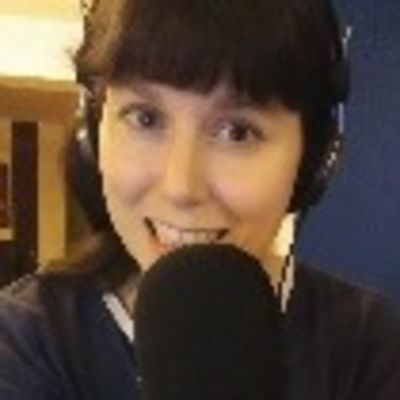 Mandy's work has been printed in the Wiltshire Gazette and Herald, Playboy, Earth Island Journal, Be a Freelance Blogger and many other great publications. She also produces and hosts the History Obscura podcast.

**Google is constantly evolving to pre-empt and counter advances in SEO. Here are the biggest alg... Read More

Want to travel the world? Great! All you need is money and the right documentation. No problem, r... Read More