Counterweighting: What it is, and how it will help you make more putts

Welcome to Part III of my totally unplanned three-part series on putting – counterweighting.

After the introduction to my review of the Stability Shaft turned into its own article on why putting is hard, and after spotlighting how counterweighting the putter I had rebuilt with the new shaft helped bring back the feel I was accustomed to, I decided to expand on the advantages of counterweighting.

In this article I will explain the physical effect that counterweighting your putter has on its performance, and why adding weight to the grip of your putter can help you make more putts. ********************************** First, let's talk about MOI MOI, or moment of inertia, refers to an object's resistance to rotation, and is a function of the distribution of mass. It is measured with respect to an axis of rotation—an imaginary line that passes through the object's center of mass (commonly referred to as center of gravity, or CG.) The higher an object's MOI, the greater the amount of force required to make it rotate; the greater the force that is required to rotate an object, the more stable it is—and stability is a desirable trait in a putter. MOI is a term that is bandied about quite a bit in connection putter design, but it is usually spoken of in connection with the club head, not the entire club. The MOI of a putter's club head is measured with respect to a vertical line through the club head's CG. Move material away from the CG and the MOI goes up, reducing the club head's tendency to twist around the vertical axis. Stability about the vertical axis is a good thing in a putter because it helps to ensure that the face remains square to the swing path, which in turn helps to ensure that the ball comes off the club face in the intended direction. Putter designs have been taking advantage of this physical property ever since Karsten Solheim hit upon the idea of moving material to the heel and toe of a conventional blade putter, creating the ubiquitous Anser-style putter. Coming to grips with moment of inertia Let's look at the other end of the club—the grip. Putter grips typically range in weight from 50-55 grams to upwards of 124 grams—a fraction of the weight of the club head; the shaft connecting the two weighs, on average, about 110 grams or so. In a hypothetical "typical putter"—thirty-five inches long, with a 350-gram Anser-style head, a shaft that weighs 110 grams, and a mid-range grip of about 60 grams – the total mass comes to 520 grams; a little over a pound. Nearly 70% of that mass is concentrated in the club head – the last inch of the total length of the putter—skewing the balance point, which is the CG of the full club, well down toward the head. Add some weight at the opposite end of the club, in the grip, and the balance point moves closer to the grip—not by a lot, but it only takes a small amount to make a noticeable change in the way the club feels in your hands, especially in motion. But… while adding weight to the grip end of the club does affect the balance point, it is the effect on the club's moment of inertia, its resistance to rotation about that balance point, that is the point. It's all about that mass – and where it's at Think of it this way: if you took a plain putter shaft and put the combined weight of the head and grip of our hypothetical "typical putter" in the middle of the shaft, it would require little effort to rotate the shaft in a circle by holding it in the middle and rotating your wrist. Take that same mass (equivalent to about ten golf balls, by the way), divide it in half and put the two masses at the ends of the shaft, like a barbell, and it would take much more effort to rotate that configuration—by my calculations, a bit over 10 times as much. Now think about what happens when mass is added to the grip end of a putter. With the mass more widely distributed toward the ends of the club, it has less tendency to rotate about the center of balance; it is more stable – like the "barbell" configuration in our example. Imagine hanging the "barbell" vertically by one end, and moving it through a putting stroke – with the mass so widely distributed to the ends of the shaft, the ends of the shaft move together, almost as one. By spreading the main mass concentrations along the length of the putter, increasing the moment of inertia, the putter moves more uniformly both backward and forward in the stroke, with less tendency for the grip to lead the club head. More stable, more consistent, motion means less lag, less head wobble, a more consistent strike in terms of both direction and speed – and as a result, better control of both line and pace. When I transplanted the counterweighted shaft from my Odyssey Tank Cruiser into the club head of my bargain-bin Tight Lies putter, that 30-gram weight transformed a pretty good putter into a really good putter—more stable, and more consistent. Similarly, when I fitted the Stability Shaft in the re-shafted Odyssey putter with the 50-gram Super Stroke weight kit, I regained the smooth consistency that I had missed when the putter first came back with the new shaft. What's the bottom line? Counterweighting works The change in moment of inertia that is realized by adding 50 or even 30 grams of weight to the grip end of a putter makes a noticeable change in the feel of the putter in your hands – and has a positive effect on the level of control you have over the strike you put on the ball. The result? Better control of ball speed, better control of direction – and all other things being equal, more putts made. 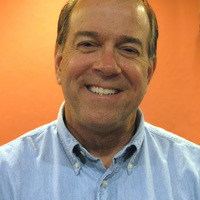 Gary McCormick is that rare thing, a mechanical engineer in Silicon Valley who doesn’t just design the boxes that contain the interesting electronic stuff. Gary has worked as a mechanical engineer since 1981, in all aspects of mechanical design, production, and testing. He has been pursuing a side career as a freelance writer (and disproving the theory that engineers can’t write) since 2011. In addition to writing on technical subjects, Gary has extensive experience writing lifestyle, sports (mostly golf), and travel stories.