Concentric castles, which emerged in the 12th and 13th centuries, offered maximum protection to their inhabitants. Comprised of one or more walls encircling an inner stronghold, concentric castles were nearly impossible to breach. Earlier versions of concentric castle design included a motte and an enclosed bailey serving as a line of defense. Germany's countryside is dotted with a wealth of castles, each with its own individual architecture, but some stand out as examples of concentric design. Neckarsteinach Castles Of the four fortified castles in downtown Neckarsteinach, the Hintenburg exhibits the best example of concentric walls. Four walls encapsulate what remains of the castle, which was built in 1100 A.D. At its tower, you can climb the long flight of stairs for a glimpse of the city and surrounding countryside. The Mittelburg and Vorderburg castles were constructed in 1200 A.D. and remain private residences. The Schadeck castle, built in 1260 A.D., is now in virtual ruins: One of the only structures still standing is the stairway, which gives you a bird's-eye view of the ruins and the nearby landscape. Heidelberg Castle Above the city of Heidelberg, on the summit of Jettenbuhl, sits the Heidelberg castle, on which construction began around 1300 A.D. The castle is comprised of several interior buildings that surround a courtyard, but because construction of the castle encompassed 400 years, it is a combination of medieval, Renaissance and baroque architecture. Today, the castle plays host to a wide array of festivals, and its cellar contains a wine vat that can hold 58,124 gallons. Burghausen Castle One of the largest and most fortified castles in Europe, the Burghausen Castle sits in Bavaria in Southern Germany. The castle -- which sprang from a single building built around 600 A.D. -- stretches for more than half a mile, with outer walls that measure 16 feet deep and were virtually impenetrable to the weapons of the time. Drawbridges, guard towers and deep ditches further protect the fortress. Within the castle's confines are five traditional courtyards, plus six walled courtyards that provide the castle's residents with further protection if besieged. Besides dealing with the numerous protective walls of the castle, a would-be attacker also encountered moats that encircle each walled courtyard. As of the time of publication, the castle is open to visitors and has two museums and a youth hostel. Coburg Castle The intimidating Coburg Castle sits along the shoreline of the River Itz, beside the town of Coburg. Three protective walls surround its perimeter; within the walls are several courtyards and buildings. In 1530 A.D., Martin Luther sought refuge within the castle's walled protection; today, his room is open to visitors. Coburg Castle has become a museum that houses numerous works of art such as copper engravings, and a wide array of antique sleighs and sleds. 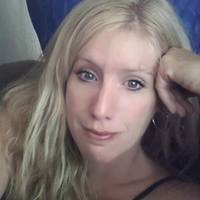 Pole fishing for many is a primeval way to fish which dates back to the days of primitive man. Th... Read More

Inns With Medieval or Renaissance Themes in Germany

Castle inns throughout Germany allow guests to step back in time and revisit medieval or Renaissa... Read More