Bottle or breast? Daycare or stay at home? Over-the-counter medicines or herbal remedies? Every mom has an opinion on these things. In fact, moms have a lot of opinions, and they're not afraid to share them. I feel bad for mommies-to-be who are on their first baby and have a million questions and fears; I'm sure seeing mommy wars on every topic imaginable can be confusing and just compound the fears rather than allay them. When it comes to mommy questions, my motto is simple: you're the mom. You have to decide what works for you and your little ones. Of course I have opinions on some of these issues, but at the end of the day, they're just that: opinions. So here's a collection of my opinions on a popular mommy topic. Cloth diapering. The words are bliss to some and horror to others. For me it's a little bit of both. Do I love cloth diapering? Not particularly. But there are undeniable benefits, and that is one thing I do love. But here I'll start with some of the cons of cloth diapering. 1. Cloth diapers are definitely messier to clean up, especially when your baby gets to the solid food stage. Having to scrape baby poop off of a cloth diaper or rinse it by hand (they do make handy toilet sprayers but I've never used one) can be a pretty gross venture, depending on what your kid has eaten recently. (It's particularly horrible if you're pregnant and morning sick.) 2. If you're a busy mama, remembering to keep diapers clean is its own challenge. You're probably already struggling to keep up with your OWN laundry. ("Do I have any clean socks?" is a common refrain from my husband...and when I finally hem and haw and mutter an "I guess not," his dreaded sigh in response is one of the worst things ever.) So inevitably, there will come a time (or several times) where your tiny one is on his LAST CLEAN diaper and you find yourself scrambling to throw a load in the wash. Or worse, all the diapers are in the wash, and he poops in that LAST CLEAN diaper and suddenly you find yourself in a horrible, smelly, awful predicament. 3. Cloth diapers can be a hassle when it comes to other people watching your baby. I don't think my mom every considered cloth diapers, not because she was lazy or cheap or hated the environment (that I know of), but because they didn't have the cloth diapering innovations that we do today. So when it came to her watching my wee one for the first time, there definitely had to be a rundown of the process before I left. Even after that initial rundown, there were still some quirks to the diapers that she didn't know about and I forgot to tell her, so it ended up being a frustrating learning experience for her. These are all the things that I don't appreciate about cloth diapers. Again, none of these things are really the end of the world...they can be an inconvenience, but these little inconveniences are worth it for me, as the pros really do seem to outweigh the cons in the cloth diapering world (again, in my opinion). 1. So. Much. Money. Saved. I know the math has been done many times so I won't bother to do it here, but I received my cloth diapers as a shower gift so I made no initial investment. I had to wait until my babies were around 3 months old before they were big enough to fit in the diapers, but from then until they were potty trained, I never had to buy diapers. Never. (Well, one time, but that was because we were taking a road trip.) That's a lot of money that we never had to spend. And I like that a lot. 2. I don't like trash, or waste of any kind really. If I can reuse something, I will. (My husband gets irritated at me over the things I keep sometimes. Oh well. I can't help myself.) So naturally, cloth diapers are much more appealing to me than disposables that are going to clog up our trash can and stink up the house until trash day rolls around. Plus, it's like throwing money away, if you think about it...when you buy a case of diapers, you're spending on money on something that is eventually headed straight for the trash. The very thought of that pains me. I hate waste, and I hate wasting money. 3. My babies have sensitive skin. Initially I was worried that cloth diapering wouldn't be good for us because of the risk of diaper rash, but I can count on one hand the number of times that one of my children has had diaper rash. They seemed to have more issues in disposables because of irritants in the diaper that aren't present in cloth. At the end of the day, you have to weigh for yourself what you value and what you can live with when it comes to diapering. Diapering is just a messy, smelly job no matter which route you choose, but you can mitigate the stress of it by choosing a system that works for you and makes your life easier. If you value convenience and time saved, then disposables may be the route to go. If you're a penny pincher like me and don't mind spending a little bit more time on something if it saves money, then you may be a future cloth diaper-er. 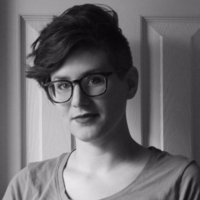 Elizabeth is a full-time content writer who specializes in a variety of fields, including marketing, design, business, general wellness, and more. She prides herself on heavy research and writing that reflects an appreciation of the craft. With a diversity of industry experience and a drive to always achieve higher, Liz is ready to take on any challenge and deliver amazing content. In her spare time, Liz enjoys Moroccan mint tea, art museums, and patchouli candles. She lives with her husband and four children in Kansas City, Missouri.

How to Sell Your Product Through Storytelling

As the great [Bob Dylan](http://www.last.fm/music/Bob+Dylan/_/The+Times+They+Are+a-Changin%27) on... Read More

4 Steps to Building a Strategic Wardrobe

When it comes to buying clothes, most people simply select items they like and purchase them. But... Read More