When I became associate principal of our district's middle school in 2011, I felt like a first-year educator all over again. Making the adjustment to a different building and a new principal and swimming in district initiatives that I had heretofore only seen from the periphery had me in survival mode at first. But one concept reinforced during my formal education (and seconded by Stephen Colbert) was to take advantage of opportunities by saying yes. Following that advice helped me, in my first year as leader, bolster Edgewood Middle School's attendance policies and get our most disadvantaged kids into school more often. Colbert's address to the 2006 graduates of Knox College, which I'd read and watched online, implored graduates to say yes to things: "Say 'yes' as often as you can. … saying 'yes' begins things. Saying 'yes' is how things grow." I had a powerful impulse to say yes as an administrator and an instinct to make connections with community stakeholders whenever possible. So when I received a letter from the Wayne County Juvenile Court asking my school to participate in a new truancy intervention program, I agreed—and changed how I viewed school, attendance data, and poverty. Truancy, Chronic Absence, and Poverty Truancy is most simply defined as an unexcused absence from school, but it can incorporate related issues like skipping class or leaving school grounds without permission. Studies have linked truancy to serious delinquent behavior in youth and undesirable characteristics in adult life (Baker, Sigmon, & Nugent, 2001). During my first few months on the job as the associate principal, I became immersed in dealing with truancy at Edgewood. Our school population is predominantly (87 percent) white. A slight majority of our students (52 percent) are economically disadvantaged, and 17 percent have disabilities. Students attempted to call themselves in absent from school, wandered the halls to hide in bathrooms (or fight in the locker rooms) during class time, and left school grounds to take advantage of the "five-finger discount"—also known as stealing—at the local store. Students were also "chronically absent." Chronic absence can be more difficult to define, especially because schools don't seem to dig into this data rigorously. A common standard for chronic absenteeism is missing 10 percent or more of the current school year or missing a month or more of school in the previous year (Balfanz & Byrnes, 2012). What makes chronic absence so challenging is that it can either accompany truancy (in the form of many excused absences, excessive tardiness, or frequently leaving school early) and discipline problems—or exist by itself. Chronic absence often flies under the radar. A student misses a day here or there and falls behind without tripping any alarms. When educators only pay attention to district (or school) attendance averages, we fail to recognize the urgency of the truancy problem. For example, my district, the Wooster (Ohio) City School District, recently topped 95 percent attendance for the first time (Ohio Department of Education, 2012). Cause for celebration? Yes and no. Although our attendance numbers have generally improved as a result of several factors, a persistent gap in attendance remains—what we might call the poverty gap. For instance, for the past three years the attendance of economically disadvantaged students in Wooster district has consistently been about two points lower than that of more advantaged students. The gap is clearer in upper grades: At Wooster High School, in 2009–10, economically disadvantaged kids had only 90.7 percent attendance, compared with 94.6 attendance for other students; the gap was similar in 2010–11. Looking at such data and at research that suggests a statistically significant relationship between student attendance and student achievement in Ohio (Roby, 2003), I realized that the fight to keep kids in school is linked to the drive for increased student achievement. I'd never thought about the fact that, as researcher Robert Balfanz says, "A school can have average daily attendance of 90 percent and still have 40 percent of its students chronically absent, because on different days, different students make up that 90 percent" (Balfanz & Byrnes, 2012). I saw that even as our district saw positive movement in our overall attendance numbers, poor attendance had a disproportional impact upon our poorest students. And economically disadvantaged students stand to benefit the most from being in school every day (Balfanz & Byrnes, 2012). Sadly, poverty and school absence or truancy often feed each other. The conditions that students living in poverty face (poor nutrition, lack of access to health care, even a lack of gas in the car at month's end so that a child who misses the bus can't catch a ride) exacerbate poor attendance. And slipping school attendance often leads a person back down the poverty path. The good news is that by taking an all-in approach to the problem, we can begin to close the attendance gap, bend the overall attendance curve, and help our most vulnerable students and families. 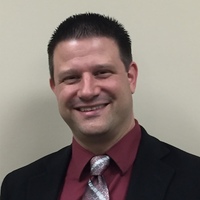 Greetings, and thank you for viewing my profile! I am an experienced freelance writer, school leader, and voice actor based in the midwestern United States. My interests and specialties include education, history, and politics, but I am flexible based upon your needs. I believe strongly in the power of collaboration and am happy to work with you until the job is done to your satisfaction.