It might seem obvious to you that a unicorn would be writing a book such as this. Particularly as we are renowned throughout the ages for our wisdom, beauty and magical outlook on life.

But, I'll let you in on a secret, none of us are born that way. Just like you, we have to learn how to channel our inner unicorns, and that journey is not always easy.

When you think of unicorns I am sure you imagine us having majestic names such as Cleopatra, Augustine, Leonardo or Wilhelmina, and indeed in most cases you would be right. We unicorns do like to do everything in fine style and our names are, in many ways, a reflection of our true selves.

Which is why, with parents grandly named Nathaniel and Seraphina, you may wonder how on earth did I end up with a name like Nessie?

To understand, you must first know that my parents were born into an era of crystals and rainbows. When it came to the delicate matter of my conception … well, let's just say they did the deed in a green grassy field on a bright summer's day in the hope that I would have a sunny demeanor.

And when I was born under the light of a full moon, they were literally beside themselves with joy, prancing around as if they had been blessed by a host of leprechauns.

To celebrate my entry into this mortal coil they decided I needed a special name that instantly announced me to be the amazing unicorn that they were convinced I was destined to be. They like to tell me they thought about it long and hard, though given the result, I suspect this claim was somewhat exaggerated.

But whatever thoughts passed through their minds, the results speak for themselves.

I became N. S. Unicorn named after both my father and my mother. A grander name you'll never hear, or so my father claimed, but somehow it didn't work out that way.

From as early as I can remember I have been known as Nessie, and though I bear no outward resemblance to that rare loch-haunting creature in Scotland, on more than one occasion I have felt a strange kinship with him.

I mean how many other guys do you know called Nessie?

But it's all right, I'm learning how to channel my inner unicorn, and so can you. 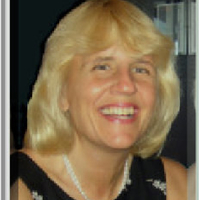 Julianne holds a Master of Letters from the University of Sydney. She has been writing professionally for over two decades. Her work includes business plans; feature screenplays, television series, and shorts; copywriting; blog posts and novels.

To Upgrade or Not Upgrade ... That Is the Question!

# To Upgrade or Not Upgrade ... That Is the Question! Fear is often the driver behind many busin... Read More

The Best Careers for Recent Graduates in Texas

# The Best Careers for Recent Graduates in Texas Let's be honest: The best career for you will a... Read More

How to Deal With Difficult Personalities at Work

# How to Deal With Difficult Personalities at Work Whether it's a boss, a co-worker, a subordina... Read More