Cataclysmic Changes Are Coming to the World of Finance

How Did We Get Here?

There are several plausible answers to the question above, and all of them would be correct.

During the Renaissance, Gutenberg invented the printing press and forever changed the institution of learning and education. Then during the 18th century, the Industrial Revolution forever changed the landscape of industry and manufacturing. The next big leap in the evolution of man's thirst for bigger, faster, better brought the World Wide Web and what is now known as the Digital Revolution. For the first time in history, all the world's knowledge lay within the click of a mouse, or press of a keystroke. The Digital Revolution connected the world. Now, as we stand at the gate, we are awaiting the arrival of another revolutionizing technology: The Internet of Things.

Why Is This Important?

Although not always necessary, sometimes it's beneficial to state the obvious; just in case there are those out there who happened to have missed the FYI memo. So, here's the obvious importance of the previous 3 golden revolutions, as it applies to the one we now face. Every time you make a leap in the evolution of man, you have the opportunity to make tremendous changes to finance. It's happened every time in the past 3 revolutionary happenings. You can trace the rise of the importance of financial transactional evolution, lock step with the important steps forward of mankind. With the Industrial Revolution, we saw the rise of central banks and monetary policy. The Digital Revolution changed everything about the way we, as humans interface with each other, and our financial institutions. In fact, it has changed the way finance is conducted on a daily basis. Everything happens digitally. Bank transfers, monetary exchanges, stock exchanges, storage of information: it's all digital. Now, as we stand on the cusp of what is arguably the 4th wave in the Digital Revolution, or as others refer to it, the "IoT", we're facing an even greater transformation of the financial industry. The rise of Peer-2-Peer and a trustless, secure, unified global financial system.

Where Are We Going?

Digital is information in the purest sense. What a profound statement. Yet it's true meaning is lost on the masses of society. When the average world citizen thinks "digital", it's in the concept of "record keeping" or "records retrieval". In truth, digital is so very much more. We are about to enter a realm where "digital" is a world all it's own. Virtual reality, digital real estate, tokenized assets; all of these catch phrases and newly coined terms should be a heads up that times, they are a changing.

Finance has begun to recognize the validity of digital assets and is in the process of conceptualizing tokenized assets that will be recognized as legitimate, legal forms of value. Amazon and Facebook are perfect examples of digital assets. These entities are not brick-n-mortar. They are digital. A whole new world is emerging, and as in pasts revolutions, finance will morph and evolve as well.

IoT, Blockchain, and the recognition of digitization are legitimizing the new revolution. Those digital inventions are changing the landscape of business and finance. You no longer need a brick and mortar world to conduct business, to buy and sell, to create contracts, or even to own property. You no longer need financial institutions with the advent of the peer-2-peer environment. Thanks to the creation of Blockchain, you no longer even need the physical forms of fiat currencies. In other words, all you really need is a window to the digital world. A portal to the digital world.

If physical reality is the visual representation of the energy that exists in our universe, the digital world is the next step in our evolution. Mankind's vision has always been limited to those things we can see, touch and feel. But slowly, we are beginning to remove the veil. Slowly, we are beginning to see the unlimited potential of the next cataclysmic change: the 4th Digital Wave, the Internet of Things. 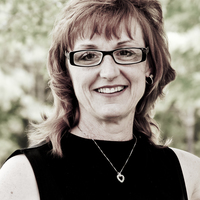 Natalie Vice is an author, blogger, and freelance writer serving the business and finance industries. As a professional writer, she provides blog posts and articles to the business, personal finance, and crypto industries. Natalie holds a Bachelor of Science in Accounting and is a Certified Business Blockchain Specialist. More information and samples of her work are available on her author site at www.natalievice.com, Amazon author page at amazon.com/author/natalievice, or here on Scripted under her writer profile.

Finance for the Future Will Be Virtual, Mobile, and Driven by AI

At the turn of the 19th century, the Industrial Revolution completely changed the landscape for c... Read More

The Crisis of Financial Education

Personal accountability and education as it relates to personal financial oversight remains one o... Read More

By now you should have a little better understanding of the accounting process, some of the more ... Read More

Market Research: Hello, Are You Out There?

# Marketing Strategy: Your Best Asset How do you sell your product or service? The answer to thi... Read More

The Internet and The Writer: A Revolution is Underway

Just a few short years ago, if you were an aspiring author you needed an agent and a publisher. A... Read More

The Sinkhole of Financial Ignorace

We've all seen the mysterious sinkhole that seems to appear from nowhere and claim homes, streets... Read More