Buy One, Give One: Shopping for charity

Building on the "buy one, get one free" or "BOGO" model that's a popular way to attract shoppers, a number of for-profit companies are adding a charitable twist: Rather than get one free, consumers can give one to a person in need. TOMS shoes popularized this approach in 2006, when it promised to match every pair of shoes it sold with the donation of a new pair of shoes to a child in need. Since then, the Los Angeles-based company says it has given more than 35 million pairs of new shoes to children in more than 60 countries—from Argentina to Zambia. This new take on cause-related marketing has inspired a wave of like-minded startups. These entrepreneurs are helping to meet some of the most basic needs, from backpacks to toothbrushes, in underprivileged communities worldwide. Although it is difficult to measure the impact of these efforts on sales, the owners say it helps to grow their businesses. In fact, nine out of ten consumers indicated they would opt for a brand associated with a social or environmental benefit if given the choice, according to a 2013 study by Cone Communications and Echo Research. Meet five of the entrepreneurs who have jumped on the BOGO bandwagon. Smile Squared In the summer of 2010, Eric and Geri Cope traveled with a humanitarian organization to Guatemala, where they assisted with dental clinics in orphanages and community centers. While teaching basic oral hygiene to children, they realized that many didn't have toothbrushes. The couple parlayed this insight into a buy one, give one business: Smile Squared. Consumers can find the company's toothbrushes, made with either bamboo or plastic handles, in a variety of boutiques, grocery stores and other retailers nationwide. For each toothbrush sold, another will be donated to one of the company's nonprofit partners to support dental programs across the United States and in 20 other countries. The company, which is based in St. Louis, says it has distributed more than 100,000 toothbrushes to date. Geri Cope says the business is thriving. "We have a competitive price, the same quality, and we give," she says. "That's our differentiator." STATE Bags Scot and Jacq Tatelman founded a nonprofit overnight summer camp in 2009 to serve kids growing up in three low-income Brooklyn neighborhoods. The husband-and-wife team noticed that some children were bringing their belongings in trash bags. This led them to start a BOGO-type for-profit company, STATE Bags, which promises to give a backpack to a needy child for each one sold. The company partners with schools and nonprofits, including Beyonce's BeyGood, to hand-deliver bags to children at inspirational rallies where, Scot Tatelman says, it's less about "giving kids stuff" and more about building up their self-esteem. The bags that customers purchase are anything but bare bones, ranging from $55 to $225. Many customers purchase the bags for their stylish details, classic fabrics, and custom hardware, Tatelman says. "People see our mission as an added bonus." SoapBox Soaps In 2009, David Simnick was a subcontractor for the United States Agency for International Development, working to improve water supplies, sanitation and hygiene in developing countries. He learned that in many places in the world the residents did not have enough soap. "Washing hands with soap is the most cost-effective public health act," he says. It can prevent conditions that are especially harmful to young children, such as diarrhea and acute respiratory diseases. Simnick began making batches of soap in his kitchen. In 2012, he founded SoapBox Soaps in Washington, D.C. Its products are now sold in grocery, drug and department stores. For every bar of soap it sells, the company says it donates about 15 percent of profits to give either soap or vitamin supplements, or helps to provide fresh water, to needy communities in a dozen countries. Simnick says he was concerned that his donations could take away business from local soap makers in developing countries. So instead of sending it from the United States, his company sources soap from companies in the communities it serves. People Water The action sports enthusiasts who founded People Water in 2010 began with a simple idea: selling bottled spring water to consumers and donating a portion of the profits to drill wells in needy communities. "Our mission has always been to provide clean water," says Blake Nyman, the director of business development and social missions. The company, based in Pleasant Grove, Utah, helps create new sources of water through its "Drop for Drop" program: For every bottle sold, it provides an equal amount of clean water to communities around the world by building and restoring local wells. Nyman says this has been a learning experience. For example, after hearing that many wells built by nonprofits in remote locations stopped working because of natural corrosion and mechanical issues, the team decided to fund sustainable well restoration and water purification, as well as their initial well-drilling projects. During the last three years, People Water has worked with seven international aid groups on clean water projects, providing an estimated 6 million gallons of clean water. "Being able to sell more water means more profits," Nyman says, "which means more donations." 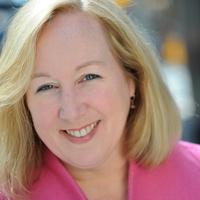 15 Signs You're an Entrepreneur

Pressed to describe the stereotypical entrepreneur, which words would you use? Passionate? Dedica... Read More