Business Slogans: How to Stand Out From the Crowd

For better or worse, the advertising industry is a part of all of our lives in much deeper ways than you might think. It's commercials and jingles are all ingrained into our memories and our psyches. Whether it's the catchy "Byyy Mennen" that's been in your head for decades now, or the millions of people that flock to YouTube to watch commercials from their childhood, the power of a good ad is undeniable, and no matter what the medium is, the part we tend to remember the most, besides the music, is the slogan. It's the "Just Do It"s and the "Snap! Crackle! Pop!"s of the world that really get into the brain stake a claim to a small part of our consciousness. Today, we're talking about slogans, and what makes a good one, and if you'd like to learn more about this industry, check out this course on advertising and promotions. What is a Slogan? We could all probably rattle off at least a dozen slogans without even thinking about it, but many of us probably don't know what makes a slogan a slogan. For example, "Come Eat at Denny's Because Our Food is Good" isn't a slogan (or at least a good one), but why? A slogan is a short, memorable phrase meant to not only stand out, but to succinctly define the goals or nature of an organization. Even though part of a slogan's success can be measured in the attention it garners, a more important metric of its success is profit. A business can have the cleverest and catchiest slogan ever, but if it doesn't improve the bottom line, it's considered a failure. The reasons that the "Come eat at Denny's…" example at the top isn't a slogan is that it isn't short, it doesn't stand out, and while their food may be good, that's a common goal of all restaurants, and they're not focusing on an aspect specific to the Denny's experience. To learn about the current wave of advertising with Facebook, check out this article on the advantages of social networking, and this course on Facebook advertising. What Makes a Good Business Slogan? Many hours and ideas are sacrificed to arrive at a good, effective business slogan, but when we see a good one, it seems like it was easy to come up with, and could have done it ourselves. Below are some of the things that advertisers consider when coming up with a great business slogan. This course on branding yourself will show you how to advertise yourself, rather than a business. S.O.S.: These three concepts are so intertwined, that they can be mentioned in the same breath: Simple, Original, Straightforward. Simplicity requires that any fat be trimmed – get to the point. The less words there are, the better. Also,originality can be tough to achieve, because there's already so many slogans out there, and they will inevitably influence an advertiser's thought process. A good business slogan must stand out from the competition. Finally, a straightforward slogan should be striking, but not too revealing. You may not know what type of business is being advertised, but the slogan should arouse your curiosity. Works With the Logo: In the interest of brand identity, a good business slogan should match the physical look of the logo, as well as the general feel of it. If there's a brightly colored, happy-looking logo, the slogan should match that feeling. Humor: If the situation calls for it, humor is very effective when making a slogan memorable. These types of slogans can be potentially offensive or misunderstood, so great care must be taken when going the humorous route. Honesty: A good business slogan doesn't lie or trump up the business or its products. A fine line must be walked between emphasizing quality and being pushy, but a meeting of the two can be quite effective. Uses a Literary Device:: A good slogan may make up words, use rhyme, allegory, metaphor, rhetorical questions, alliteration, questions, commands, or any other device at their disposal in order to break through the noise of the competition. If it makes them stand out, then it was a good choice. Coming up with a good business slogan is practically a science, and these were some of the basics of that science. There's much more to it than this, but if you look at any business slogan, many of them have most, if not all, of these characteristics. 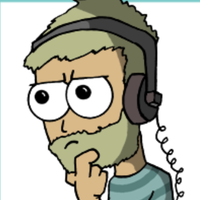 Hi, I'm Matt Johnson. I live in Atlanta, GA where I attend copywriting school. I have a couple of years' experience content writing covering a multitude of topics including language, business, history, traveling, real estate and many other subjects. I started out writing full-time for a blog, now I take jobs as they are available when I have free time from school. I am a quick worker who strives for perfection in regards to grammar, punctuation, spelling, flow, and basic readability of my pieces. I'm an eager and through writer and look forward to any future work that may become available.

How to Roast Coffee: Delicious Brewable Beans In No Time

If you're a coffee connoisseur, chances are you do something special when preparing your coffee a... Read More