Andrea Glass' floral arrangements are visual evidence that for her, flower arranging is an art in addition to a business. "The name of my business is couture," said Glass, the founder and owner of Boston's Floral Couture, 735 E. Broadway. "Basically, I'm not a cookie-cutter florist. No two arrangements look the same. (They're) more personalized." Glass offers full-service wedding and event design services in addition to custom-tailored arrangements for the home. She officially opened the 1,400-square-foot storefront in November in a building she bought in April. She had leased several other spaces in Louisville since she began her business in 2007, and during the times she didn't operate a storefront, Glass continued to offer wedding and event services while working out of a studio. Glass, who has been in the florist industry for 25 years, said she was excited to rehab the previously vacant space on Broadway and help the area flourish. "It's definitely growing on this end of the street, plus the traffic going in and out to downtown," Glass said. "People travel Broadway all the time." Glass said the customer response so far has been "excellent." "I've been quite lucky," said Glass, who has no other full-time workers but employs free-lance workers and family members as needed. Glass recently introduced a community-supported agriculture program that offers locally grown or fair-trade flowers, herbs and vegetables, in various assortments, from May to November. She grows the flowers and produce with no synthetic pesticides on a patch of land in Old Louisville. From December to April, Glass imports cut flowers from Africa and Latin America. Her shop also sells scarves, jewelry, soaps and other fair-trade products from countries such as Guatemala, South Africa and India. Most of the items are fair-trade, she said. "We're helping each other." "We're not just a one-stop flower shop — we've got it all," Glass said. "Rentals, linens, event planning, whatever you need." 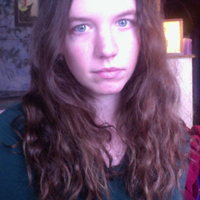 I leave my Rishikesh hostel early because I&#39;d assumed it would take me a while to find the bu... Read More

The concept of "free time" is a stranger to WKU graduate student Susanne Hughes. Each day is a co... Read More