Blog Post-What is a Gamer?

When I think of a gamer, I think of someone who is super into video games—the kind that are played on an Xbox or PS4 console, etc. I would even consider those who are so into PC games that they would lug all of their heavy equipment to another person's house just to hook up and play with others as a gamer, or someone really into internet gaming. My husband and son would fall into that category, especially considering my son worked at GameStop for years—it was his dream job. He is the guy you want to ask all your gaming questions because he is very knowledgeable. So is my husband. My husband, however, claims that I am a "closet gamer." I'll get to that later.

The first experience I had with a video game was as a child, on an Apple II, playing Oregon Trail. Granted, as a child, we would play other games (role playing, i.e. pretend—often I got stuck playing Daisy Duke, just because I was the girl—board games, sports, etc.), but Oregon Trail was the first game I played on the computer. It was addicting, fun and certainly spawned emotions, most particularly disappointment because I killed my crew by making a bad decision at the general store.

As I got older, I plunked a lot of quarters into arcade machines. My games of choice were either Pinball, Tekken or other similar fighting games, or driving games. I had an Atari and played a few games hooked up to our television (usually Space Invaders, which I took pride in whooping every adult that ever challenged me) and played Mario or Tetris when my friends all got Nintendo. But, as the games began to advance and become more accessible at home I sort of lost interest—getting my driver's license may have had something to do with that.

So, as a kid, I could say I was a gamer. As an adult, not so much—except when my husband and I were dating. He happened to bring his PS2 over and tried to get me to connect with his love of games by appealing to the arcade kid in me with Street Fighter. He left to run an errand and I powered it up to check it out. By the time he came back, he claims he could hear me cussing and swearing (lots of F-bombs) as he walked up to the door (yet another emotive reaction a game apparently pulled out of me). Between that and the fact that I have beaten my husband at games like that (or even Pinball, which is now on PS4—just so you know), which infuriates the avid gamer in him who has spent years crafting his game play and learning very specific button combinations, I am what he calls a "button masher." And that, ladies and gentlemen, is why he calls me a "closet gamer," because I can beat him but have not admitted to being a gamer that could. In the game of pool, he calls me a shark. Really, I am not all that great at billiards.

Despite games drawing out emotion, whether as a kid or a grown-up, we all know that it is play, or pretend and are still grounded in our own reality. A perfect example would be my youngest who, at the age of 2 or 3, had imaginary friends. Some of the things she would say or do made me a bit nervous, wondering if she really believed. One day I asked her a question about her friends and she gave me this very perplexed look as if to say "Mom! You know this isn't real, right?" It was she who was checking my reality.

"Human beings are capable of understanding the difference between the playing activity and the non‐playing activity, and he describes that phenomenon as a theoretical paradox. Framing is Bateson's term for the playing activity initiating 'this is play….'" Karoff, H. S., Ejsing-Duun, S., & Hanghøj, T. (2013). Playing and Gaming – Studied in an Informal Learning Setting. Proceedings Of The European Conference On Games Based Learning, 261- 267.

Moods in life are produced through our participation in the world around us as in gameplay are expressed through the action of such play when the person participates in the pretend world. Through game play there are four moods: (1) devotion, most attributed to being in a state of "concentration and focus"; (2) intensity, most attributed to physical play and the feeling of "butterflies" or an adrenaline rush; (3) tension, "fight or flight" is attributed to taking action or "being ready to perform" in a game; and, (4) euphoria, most attributed to silliness and laughter and is considered to be the most "open minded" of all moods because it allows for continual change. Karoff, H. S., Ejsing-Duun, S., & Hanghøj, T. (2013). Playing and Gaming – Studied in an Informal Learning Setting. Proceedings Of The European Conference On Games Based Learning, 261- 267.

Whether watching my children play or engaging in some form of it myself, I can see how all four of those moods come into play, as well as know that while we are all engaged we all still know it isn't real. I am curious, however, how this may shift once virtual reality becomes more advanced. I had read an article once, a long time ago (by whom I cannot recall), that talked about a study they conducted whereby the subjects felt actual physical pain in the real world while experiencing being stabbed in the virtual world. Once we have advanced to actual Holodecks, will the lines between real and fantasy or play be blurred?

And finally, while my choices of video games are vastly different from what my husband or son would choose (they prefer fantasy role play or first-person-shooter), I, unfortunately, must concede that, by technicality, my husband is correct—I am a closet gamer. 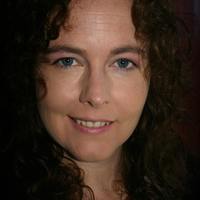 Since 2004, Jan has written content in a variety of contexts, including web and social media content, blogs, reviews, and screenplays. Jan was the Editor for Citations, which is a monthly newsletter published electronically to a large audience of legal professionals. She has also edited website content for a law firm, a realtor, a local band, Werner Elements and InstaKyle, and created, enhanced and manipulated images for another attorney’s website and his choir-related newsletter. Additionally, she also wrote a persuasive essay on behalf of an attorney who nominated her for the Outstanding Paralegal of the Year Award, which she ultimately received in 2014. Jan holds an A.S. in paralegal studies, a B.A. in philosophy, and will complete an M.F.A. in creative writing in September 2016. She also won two scholarship awards for her essays ...

Blog & Reviews **LAS VEGAS RESTAURANT REVIEW** If you are a huge sports bar fan, you will proba... Read More

**SIP THE DARK SIDE** Shhhhh. Can you hear it? It's the sound of Storm Troopers trudging rhythmi... Read More

The moon hung low in the blackness of midnight. Its brilliance shimmered across the turbulent wat... Read More

The Cryptic Cellar Review I have to admit, the name is clever—cute even. There is an air of dark... Read More