At a mere 3 miles in length and about 1.5 miles wide, Harbour Island -- called "Briland" by the locals -- is one of the Bahamas most-visited out islands. The eastern side is home to a wide, pink-sand beach, which extends nearly the entire length of the island, and is considered one of the world's best beaches, according to Travel Channel. About Harbour Island While Harbour Island is small compared to its sister islands, it once was the capital of the Bahamas. At the time of publication, its one and only primary town, Dunmore Town, has a population of around 2,000. It features several restaurants, hotels and resorts that range from casual to elegant to fit the needs of all visitors. The island's exceptional weather ranges between 60 and 80 degrees Fahrenheit, year-round. Harbour Island can be reached by air or ferry from its neighboring island, Eleuthera, which is 2 miles to the east. Pink Sands Beach Located on the Atlantic Ocean side, Pinks Sands Beach is the largest beach on Harbour Island. This beach is almost 100 feet wide in some areas, and stretches along the length of the island. Pink Sands Beach was named one of the world's top 10 beaches by Travel Channel in 2005 for its laid-back, small-town atmosphere, beautiful pink sands and posh resorts. It has calmer waters because of a protective barrier reef that sits just offshore -- the third-longest reef in the world -- making it a prime beach location for water-sports enthusiasts. Other Beach Areas Harbour Island's western shore is more developed, and therefore has less open beach area. Other than Pink Sands Beach, the island has three small, sandy beaches -- Girls Bank and Round Head on the western coast, and North Beach, a small patch of sand on the southeastern side. Girls Bank, located on the northwestern shore, is famous for its "Lone Tree," a singular tree that washed onto the beach in 1992 during Hurricane Andrew. Round Head is on the west side, about a mile south of the Romora Bay Resort and Marina. North Beach is on the eastern shore, about 1/4 mile north of the southern tip of the island. Beachfront Resorts Pink Sands Resort is one of the top resorts in all of the Bahamas, named third-best by "Travel + Leisure." This resort encompasses 20 acres and is the oldest on Harbour Island. It features 25 private villas with views of Pink Sands Beach and the Atlantic Ocean, a palm garden, a free-form pool and three tennis courts. Other recommended beachfront resorts include the Dunmore Beach Club, a 10-acre property with an oceanfront pool and an open-air fitness center; the Coral Sands, a plantation-style resort that sits atop a cliff overlooking the ocean; and the Runaway Hill Club, an antiquated mansion turned into an 11-room inn on 13 lush acres. Beach Activities Pink Sands Beach offers a number of relaxing and fun activities along its 3-mile beachfront. Visitors may book horseback riding tours through Coral Gardens or Dunmore Beach Club resorts. When walking along the beach, keep an eye out for villas in the sand dunes. Popular water sports around Harbour Island include snorkeling, diving, swimming, skimboarding and surf fishing. The beach is so nice and wide, and virtually uncrowded even during the high-tourism season, visitors have plenty of room for a game a volleyball, football or Frisbee. Do not forget to take in the spectacular Caribbean sunsets that gleam orange, red, pink and purple hues, over the island's turquoise waters, as they bring out the sand's pink color even more. 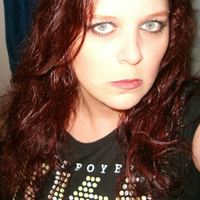 Sue Gabel has been writing entertainment- and travel-related articles since 1999. Her articles and reviews have been featured on a variety of websites such as CBS, AXS, Examiner, USA Today Travel, eHow, RealityBug and BBOnline. Gabel previously studied business and communications at Olympic College and is pursuing a degree in journalism.