To put the game into context, a loss would have prevented the team from advancing to the next round. Argentina has not failed to qualify for the round-of-sixteen since 2002. They are World Cup regulars. In the 2014 World Cup, they made it to the Finals. They lost to Germany 1-0 in the 113th minute — a heartbreaking game for the Argentinean team and its fans. For four years, they have had their eyes on the 2018 World Cup. It was to be their chance at redemption.

Messi Will Get Another Shot

That time has come. And just a few days ago the impossible seemed to be coming true. After a shocking loss to Croatia in the first round, an unlikely draw against Iceland in the second, Argentina faced a potential early exit from the World Cup. With their backs to the wall, matched against a tough Nigerian team, it seemed Argentina's 2002 World Cup nightmare was recurring. A loss would crush the hopes and dreams of Argentinean soccer fans. It has been 32 years since their last World Cup championship.

In the final group match with Nigeria, the score 1-1, it seemed it would be the Nigerians who would advance. With little time left in the game, the Argentineans desperately pushed the ball down the field but could not get the crucial goal. Then in the 86th minute, on a long volley from Gabriel Mercado, Rojo anxiously awaited at the penalty kick spot, and from 11 meters from goal he launched the ball and Argentina into the round-of-sixteen.

Most will agree that Messi is a god in the soccer world. He's certainly the greatest Argentinean player since Diego Maradona. He can carry a team on his back to greatness. In Argentina's 2014 World Cup campaign, that journey came up short. Perhaps this year, the destination will finally end with a World Cup championship. Regardless, it will certainly shape up to be an exciting run. 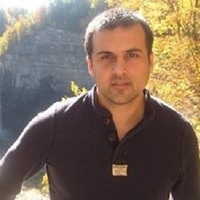