To say that Apple has managed to transition its users from one thing to another is to put things very simply. To showcase just how remarkable Apple is at transitions, let's take a look back. Who Invited a Rodent into the Lab? Perhaps the first transition for Apple was to convince users to stop navigating the computer with the keyboard and command line and instead use a mouse. This transition wasn't really all that difficult considering the market share of computer users at the time was small. It was more difficult to convince non-computer users to use a mouse. Apple used an education as advertising approach to get users on board. It worked. As a result, the mouse became the defacto computer control device for decades. It wouldn't have a navigational rival until Apple later discovered that people have fingers. Welcome Mac OS X In 1999, Apple began moving computer users from its "classic" Mac OS to the completely new Mac OS X. Apple had been under pressure to change its operating system over to something more modern. In 1997, Apple bought NeXT Computer in order to acquire its operating system and migrate it onto the Mac. In the process, they brought Apple founder, Steve Jobs, back into the company to help make that migration possible. In 1999, it was ready for release. Apple had a problem though. Many users were using hardware that wouldn't support the new system, or using software that wouldn't be compatible. For this transition, the company decided to created an emulation mode into Mac OS X called Classic. Classic mode allowed users to seamlessly run legacy Mac apps on the new operating system. This mode would continue to exist through four versions of Mac OS X when most Mac users had transitioned, and developers had moved their apps to the new platform. The Bits Blitz With version 10.2 of Mac OS X brought another transition for Apple to its users. Apple wanted to convert to 64-bit processors. The trick was finding a simple way for users to make this transition without having to even know about it. To do this, Apple used OS X as an anchor. OS X could run 32-bit and 64-bit applications side-by-side without any instruction from the user. This even remained in effect when Apple later changed processors from PowerPC to Intel. Intel Goes Inside In 2006, another transition rocked the Mac world. Apple announced that after years of trashing Intel processors in advertising, that they were now worthy of being inside a Mac. No longer would Apple make PowerPC based Macintosh computers. Instead, they would be transitioning the entire Mac line to Intel processors. Of course, with major technology transitions, there are ripples. The new chipset meant that applications had to be migrated to the new system. Application developers who had moved their applications from the Classic Mac OS to Mac OS X, now had to migrate them also to Intel processors. Again, Apple was masterful here. They created a relatively simple way to recompile applications to the new processors for developers, and for users, they created an emulation mode called Rosetta. Rosetta allowed PowerPC applications to run seamlessly alongside Intel applications. This transition ended with the release of OS X 10.7 Lion, which ended support for PowerPC using Rosetta. iTools by any other name In 2000, while Apple was still transitioning from Mac OS to Mac OS X, Apple released cloud service known as iTools. This service has undergone three major changes since it was first created. The services it offered has changed over the years along with the names. The following is a quick summary of each service: iTools Included @mac.com email addresses, iCards, iReview, HomePage, iDisk, and KidSafe. iCards was a greeting card service, iReview gave website reviews, iDisk was iCloud Drive way before iCloud, and KidSafe was family friendly websites. .Mac For .Mac, Apple kept email addresses, iCards, iDisk, and HomePage around. They also added Backup (backing up data to iDisk, CD, or DVD) and McAfee Virex virus scanner. Later on, Apple added a Web Gallery feature and included 10 GB of storage space. Unlike iTools, .Mac was a paid subscription service. MobileMe As Apple continued expanding its presence to other devices such as iPhone, it needed a better cloud service, so once again, the service transitioned. .Mac became MobileMe. Many of the same services got revamped and renamed. Syncing services were upgraded also. For MobileMe, Apple wanted to break outside of their own box to sync with PCs also. iCloud The final (so far) iteration of the service is iCloud. This is what we use today and is used to store and sync photos, iCloud Drive, Mail Accounts, Contacts, Calendars, and more. iCloud is free, unlike .Mac and MobileMe, however, users can pay for additional storage. Mac vs. iOS We are currently in a transition, although some would say it isn't. Apple is currently transitioning users from OS X to iOS. iOS was built around a different input method than OS X. OS X was built around using a mouse and iOS was built around using fingers. iOS started out as a mobile operating system, however, with the release of the iPad Pro, iOS is spreading its wings a little bit. This doesn't mean the end of OS X is imminent, however, eventually it will be the minority player in Apple's arsenal. iOS will gain more capabilities and eventually rival its predecessor. The transition for Apple this time is long, but that is a good thing. Apple can benefit from both camps during the transition, and we can enjoy some awesome devices during this time. 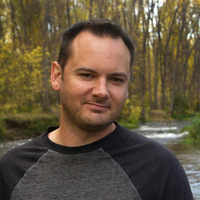 I love technology, and can write in many different styles. I love to research any topic. I'm passionate about skydiving, tiny houses, marketing, design, education, history, artificial intelligence, mobile software, and electric vehicles. I also love script writing and any kind of creative writing. I'm familiar with both Facebook and Twitter posting, SEO for websites, podcasting, and business marketing.

# # Taking a long trip is as much a matter of patience as it is endurance. No matter the number... Read More

Getting the Difficulty Level Right for your Elearning Course

Teachers have always had to struggle with differentiation in their classrooms. Knowing that a stu... Read More

Let me start by saying that I think Google is very smart to add a subscription service to YouTube... Read More