Amores Perros is the first film in a triptych called "The Trilogy of Death." Iñárritu's debut film of the series communicates similar themes to the following two: love, loss, regret, violence, and class disparity. While Perros is the most 'Mexican' of the three, starring Mexican actors and taking place in Mexico City, the triptych represents Iñárritu's overall exploration of national identity. The film is reminiscent of Luis Buñuel's surrealist cinema, but it plays more deeply into the typical themes of telenovelas. Solidifying all aspects of the film with Mexican themes, locations, actors, etc., allows the film to truly delve into what it means to be Mexican.

The film opens with a disclaimer, reading, "No animals were harmed in the making of this film." Already, Iñárritu sets up a rather troubling theme throughout the film: violence against and by dogs. Each tale contains action that is motivated by dogs, placing the characters in constant opposition and alignment with their pets. Dogfighting then becomes indicative of the dark underworld of Mexico city. Cofi, the Rottweiler belonging to Octavio and Ramiro, is the vicious champion dog in the numerous fights Octavio puts him in. Cofi is essentially Octavio himself. In the beginning of Octavio's tale, Cofi is simply a pet. The working class family he belongs to is somewhat unaware of his presence until he represents a money-making opportunity. Octavio is also relatively docile in the beginning of the tale, simply lusting after his brother's wife. However, as he begins to use Cofi in dog fights, his character unravels into a crime-prone character who has degenerated into a life of violence. Cofi and Octavio become more and more violent and aggressive toward the end of the film as Octavio grows more lustful for Susana. In the climactic end, when Cofi is shot, Octavio suffers a similar fate.

Valeria, the protagonist of the second tale, owns a dog named Richie. It is a small lap dog, the K9 darling of her upper class status. Richie is eager for her attention, following her around as she seamlessly moves through her privileged environment. Once Valeria is injured in the fateful car accident, she loses Richie in the floorboards of her elegant apartment. Richie suffers a very similar fate as her owner: he is a victim of fate, of circumstance, and sets off a chain of events that leads to Valeria and Daniel's demise. She was once a supermodel, winning the love of a married man. Once she loses her only value, her beauty, her life spins out of control. Richie and Valeria survive, but are reduced to pitiful versions of their once thriving selves.

El Chivo, the homeless hit man of the third tale, surrounds himself with stray dogs he takes care of. Their multiplicity resembles his varied identity: respectable revolutionary, terrorist, hit man, homeless man, father, etc. The dogs fill the void of the family that he lost. El Chivo takes Cofi from the car accident of the first tale and helps heal him after he is shot and left for dead. However, Cofi kills all of his dogs, invoking El Chivo's past. As a hit man, Chivo stands in for the Mexico City underclass living on the fringes of society. When he exercises kindness, he is punished for it by a violence-prone animal, much like himself. Cofi will resort to violence because it is in his nature. Because of this violence, El Chivo will never have a family again, no matter how hard he attempts to reconnect with the one he lost.

The triptych of Iñárritu's three films is repeated in the triptych of his characters. Three tales literally crash together in the opening scene of the car crash. Uniting each character with the car crash allows Iñárritu to connect their stories with a greater story of Mexican identity. The non-linear narrative also reinforces this portrait of life in Mexico City, as it feels more like a slice of life from different perspectives than an unrealistic linear progression. Examining each character reveals the class disparity they represent. Octavio is the working class man driven to a life of crime because of his economic struggles. His brother, Ramiro, is also a criminal. Their story is that of the struggle to survive in Mexico City and the struggle to find well-paying work. The indictment of the working class struggle is shown through the violence the characters are forced to commit. Valeria represents the privilege enjoyed by the high class. She is not bound by economic struggle until she reaches her own violent end in the car crash. Her value as a beautiful woman is diminished when she loses her leg. Daniel begins to stray and she will not find work as a model. Iñárritu creates an indictment of the upper class by portraying the frivolous values and the suffering that occurs when these values are lost. Finally, El Chivo represents the underclass of Mexico City, living on the fringes. He lives in poverty in an abandoned warehouse, dressing in shabby clothing and appearing dirty. When he attempts to regain his lost status in the middle class, he fails, literally walking into the sunset in the end of the film.

Amores Perros is not about dogs, love, or car accidents, but rather the many struggles of life in Mexico City. The opening of the film literally places us in a car whizzing through the expansive city, and we leave it on the outskirts with El Chivo. This excellent film holds true in Iñárritu's undoubtedly canonic contributions to Mexican cinema. 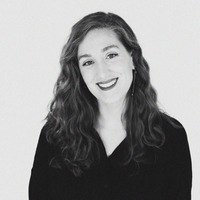 I am a freelance writer, director, producer, ramen enthusiast, dog mom, and film nerd from Novato, California. I have gotten my shoes dirty on four continents, soon to be seven. I still haven't seen Star Wars. I have accepted that my name will be perpetually mispronounced. I once won third place in an Ecuadorian ping pong tournament. I'm ready for my next adventure. I will always strive to tell the best story, from the mundane to the profound.

After the decline of the Studio System, Hollywood had to adapt to the changing audience. The Amer... Read More