Let's talk about the latest Amazon-related elephant in the room - their recent geo-blocking of Australia.

For those unaware of what's happening, with effect from July 1st, people in Australia will no longer be able to access Amazon.com. Why is this so bad? Because of recent changes to Australia's tax system, and the application of GST, things are getting pretty expensive over on Amazon.com.au. So, people have started shopping on Amazon.com because the exchange rate from USD to AUD makes it cheaper to buy things than simply shopping on the local store.

But now Australians can't do that, which is why there's so much chatter online about it, and understandable backlash on Amazon.

There are ways around it. A straightforward one is to use VPN software to hide your computer's IP address - so Amazon doesn't know you're accessing the site from an Australian-based computer. Easy, but costly. Once you've paid for the software, it will probably have been cheaper just to buy whatever you wanted from Amazon Australia.

Another way is to use another Amazon store. Given exchange rates around the world, you could probably get a similar effect by shopping at Amazon.co.uk or Amazon.ca, depending on what you're buying.

Looking at it from Amazon's point of view - in the interest of appearing impartial and unbiased - I can understand why they've done it. Factoring in the additional shipping costs, thanks to GST, it would cost Amazon around $900m per year in distribution to make $300m in sales from physical goods. Given they have a small % of market share in the Australian retail sector, for them, as callous as it might sound, it simply isn't worth the hassle.

But that doesn't help us, does it? I mean, readers and authors are people too, right?

Well, I have an avid, albeit modest presence in Australia. My readers over there are some of my most ferocious, but ultimately, they account for maybe 10% of my audience. It won't affect me too much financially, but that isn't what bothers me personally about it all...

What bothers me is that my readers in Australia no longer have a go-to method of buying my books, which means they're in a position where they're missing out on something they want... something I provide that they enjoy.

And this... this whole situation... is EXACTLY why I set up my own online store. I think Amazon are great (mostly), don't get me wrong. They pretty much invented self-publishing. But... and it's a big but... they're in the position where they can change the entire industry at the push of a button, and I, for one, am not happy with my entire career being in the hands of people with that much power.

Now, it doesn't matter where you are, you can still buy my books if you want. I price in USD, as the exchange rate assures the most balance, which is the same reason Australians shopped on Amazon.com anyway.

But some authors aren't as fortunate. Setting up your own online store is costly - both in money and time. Some of the more successful or well-established indies out there don't want to do that. They're content making their fortune through the major retailers - and why wouldn't they be? It's worked this long, right? If it ain't broke... etc etc.

However, not everyone is as relaxed about this as me. I know one author - someone who's been around a long time and is incredibly successful - who attributes 35% of their monthly income to the Australian market. The same market which essentially dies on July 1st. That is a huge hit.

But all this just serves to prove a point. For authors like me, the more control you have over your own product... your own audience... the more likely you are to have a long career. May 2018 was the first month ever - in five years of writing - that Amazon WASN'T my #1 sales platform. And do you know what? It wasn't even my second! Last month, I made the most money from book sales on Kobo - the quiet heroes based in Canada. Next, my online store finished a close second. Something I'm incredibly proud of and humbled by. Amazon came in a respectable third.

But the message here is this:

Authors, take control of your own future. I'm not saying leave the major retailers behind. I still make good money on Amazon and Kobo and everywhere else. But if you sell your books yourself, you make more money, and you remove the hold that the big guys have on you. Think about it. What's to stop Amazon saying they only want to pay you 60% on books priced at $2.99 or above? What's to stop them saying their algorithms will only work on books that are traditionally published or entered into Kindle Unlimited? This whole Australia thing has got a lot of people understandably unnerved. Not me. My store isn't affected. And neither are my readers.

And readers, understand that your favourite authors will always try to look out for you. We value your support more than we value the sale of a book. We talk about our future in the business... it's this simple - without you, we don't have one, regardless of where we sell our books. If you see authors offering their books through their own stores, please support them and buy direct. For you, the process is no different than buying from Amazon.

If we stick together, authors and readers alike, we can make sure the things we enjoy most won't ever be taken away. You see these futuristic sci-fi movies where corporations run the world... let's be honest, I think Zuckerberg and Bezos will have this place divided up between them in the next ten years! And fair play to them. But that doesn't have to affect my career as a writer, or your enjoyment as a reader. 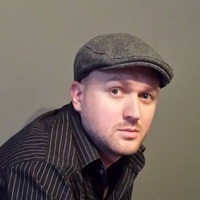 I am an award-winning, best-selling, self-published author and creator of the Adrian Hell series of thrillers. I run my own publishing company, Both Barrels Publishing Ltd, and take on freelance work alongside my novel writing.