Amazing! How Yukutian Horses Adapted to the Cold!

Horses are truly amazing creatures. Whether they are helping people to heal like at Horses 4 Heroes community equestrian center or evolving faster than any other species on the planet, horses are surprising humans left and right! Researchers recently conducted a study on the Yakutian horses, a rare, native breed of horses from the Siberian peninsula. These wild horses are a natural phenomenon. Originally thought to have been descended from the ancient horses native to the region, it turns out they have only been living in the harsh Yakutian region for about 800 years. Why does that make them special? Well for starters, the weather in the region frequently reaches negative 94 degrees Fahrenheit (-70 C), and I don't know about you, but that's a temperature I hope I never have to experience! The horses we see today are likely descendants of horses brought over from Mongolia roughly 800 years before. While Mongolia is rather cold as well, it doesn't come close to reaching the winter temperatures of the Russian region of Yakutia. So how did the horses survive? It turns out that over the short 800 years the horses have been in the region, they have quickly evolved by growing thicker hair, adapting a smaller body size, hormonal changes, and metabolism changes. Occurring out of simple necessity, this the fastest evolutionary process known to man! You see, the horses with the shortest hair likely didn't survive the first winter in the region, so the ones who had longer hair were the only ones to reproduce. Of the babies produced that year, only ones with longer hair survived the next winter to breed and so on and so forth. Eventually the gene for short hair was bred out of the animals and genetic mutations began causing the horses to develop longer and thicker hair and other traits that make them hardier and more able to survive the winters. While today's horses are extremely hardy, they have come a long way from the horses they once were. As it turns out, these amazing horse's evolution not only saved them, but it also saved the lives of the humans that depended on them. The horses not only provided their people with meat, and milk, but they also assisted with carrying things and rounding up the herds of cattle. Without the horses to help them, the people of Yakutia would have been wiped out long before any studies could have been conducted on them or their magnificent four-legged friends. It's interesting to think about how much animals have helped mankind over the years, from the horse to the wolf, our predecessors probably wouldn't have survived long enough to get us to where we are today. While it sounds silly keep that in mind, the next time you are hanging out with one of your furry friends, it's likely their ancestors saved one of our ancestor's lives. When researchers set out to perform the genome sequencing on the horses, they expected them to be descended from the first horses of the region. After genome sequencing nine of the modern day horses, two ancient horses from the region, dozens of domestic horses, and some Przewalski's horses (from central Asia), they came to the conclusion that their original hypothesis was wrong. The modern day Yakutian horses were no closer to the ancients than were any other of the modern day species. This proves that the Yakutian are a marvel to the natural world and a great resource for evolutionary scientists. The scientist didn't stop their research there, though. They also went on to compare the horses genomes to that of mammoths and the indigenous Siberian people. During the comparison, they were able to isolate the gene, TGM3, responsible for their evolution and for their fantastic hair growth. It's safe to say that this research project was just a preview of what genome sequencing can show us in the future. Hopefully, with science like this cures for HIV, AIDS, cancer, and more are only a few years away, and genetic conditions like Cystic Fibrosis will be able to be avoided all together. Until then, people with genetic disorders and other hard to manage diseases can seek solace with horses. While they might not be able to snuggle the wild horses of Yakutia they can seek out a four-legged friend at an equestrian center near them. For more information on horses as therapists check out this article on Horses 4 Heroes. 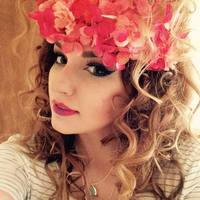 I have been penning the adventures of my imagination since I was old enough to hold a pencil. However, it wasn't until about 6 months ago that I began pursuing writing as a career. So far it has been a great adventure, I have written about things I never imagined I would, and I'm learning new things everyday. My expertise lies in animals, relationships, and self-help, but I am open to researching new topics and exploring new things!