There once was a young Chicagoan named Wasalu Muhammad Jaco, who struggled for years to make a name for himself in the rap game. He was often left with thoughts of what "Coulda Been," until one day his candid introspection caught the attention of none other than Jay-Z. Jay helped secure Wasalu a deal with Atlantic Records, and served as an executive producer on the MC's acclaimed debut, Lupe Fiasco's Food & Liquor. It was then, on a soulful track titled "Hurt Me Soul," that the artist known as Lupe Fiasco told us he's not trying to be the greatest. Well, six years and three studio albums later, Lupe has come full circle with Food & Liquor II: The Great American Rap Album, Pt. 1. He's still not trying to be the greatest, and his soul still hurts. Same goes for Lupe's sister, Ayesha Jaco, who body slams F&L II's intro. Her spoken word poetry foreshadows the polarizing discourse to follow before the first seconds of "Strange Fruition" cut through the silence with head-knocking 808s and gaudy string loops courtesy of producer Soundtrakk. From verse one, Lupe's 'wordsmithness' is on another level, and he wants you (and evil) to know it. The point is successfully reinforced on early standouts "ITAL (Roses)" and "Freedom Ain't Free (Around My Way)." Lupe Fiasco's maturation as a storyteller is evident on audacious singles like "Audubon Ballroom," "Bitch Bad," and "Lamborghini Angels." This is where cynics on that "mansplaining" tip will look for the exit doors, while others won't dip until weak links like "Heart Donor" and "How Dare You" muddle up F&L II's second half. Sorry Poo Bear and Bilal, but those undercooked choruses should have been left on the grill a while longer. Guest hooks have always been Lupe's double-edged sword, and F&L II suffers more than it succeeds when anyone other than Lupe steps up to the mic. Some of F&L II's most intimate moments are found on "Brave Heart," an explosive cut co-produced by The Runners and and Jason Boyd. Lupe repeatedly asks the Lord to have mercy on his soul, which reminds me of Mos Def's closing bars from the Blackstar classic "Thieves in the Night." There is more at stake for Wasalu than fans, a Grammy, or some cookie-cutter legacy. There's an urgency in Lupe's voice, but not one born of desperation. He sounds confident, revitalized, ready for the next uphill battle. For all its bright spots, Food & Liquor II: The Great American Rap Album, Pt. 1 is not the great American rap album. It's a very good rap album by a great rap artist. It's an upgrade from Lasers, a sidestep from The Cool, and a noble effort to flip the script a la Food & Liquor. Granted, those were simpler times. Lupe Fiasco is no longer concerned with what could have been. He's long since moved on to a more pressing question: what will be? 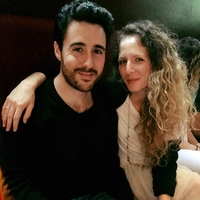 Depending on whom you ask, I am a freelance writer, a temporary employee, a contingent worker, th... Read More

Friday night in Austin, Texas, brings with it a sense of possibility. One might start out with ch... Read More