A Weekend at NASCAR

A Weekend at NASCAR As most people are aware, NASCAR is the fastest growing sport in America. NASCAR, or the National Association for Stock Car Auto Racing, has become a national phenomenon and is attended by millions of Americans of year. The NASCAR season begins in February at the speedway in Daytona Beach, Florida, and runs until November where it concludes at the final race in Homestead, Florida. The season consists of 36 races at tracks throughout the United States. Some tracks, such as Daytona and Texas, sponsor two races each season. So what is the appeal for so many people? RACE WEEK In football (College or Pro) tailgating may last several hours on game day. For NASCAR fans, tailgating can last a week. Fans will begin arriving on Wednesday before the race weekend. Some will arrive in top-of-the line Class A motor homes and park in the infield, while others will set up tents, campers, and 5th wheel trailers at the many camping and parking areas around the track. Even the most rudimentary campsites can include portable generators and flat-screen TVs. Fans can view qualifying races usually beginning on Thursday and ending on Friday. Those with appropriate tickets or connections can also visit the pit areas and garages and view the cars being prepared. THE FAN One of the first things a real NASCAR fan does is to choose their favorite driver to cheer for. Without choosing a driver, a NASCAR race is just a bunch of cars going fast around the track. Not choosing a driver would be like attending a football game and not having a favorite team. You're just not invested. A real fan will also use a track scanner, which is a radio that allows you to hear the conversations between the driver and crew chief, as well as his spotter. If you don't have one, they are available to rent at the track. A radio or scanner also helps you stay abreast of what's happening on the track. Since these cars are moving at speeds of 150 to 200 miles per hour, there are the inevitable crashes, so the scanner helps you to know what happened. GENERAL ATMOSPHERE The atmosphere is electric. It's hard to imagine that a single race can bring more than 200,000 people! The track at Texas Motor Speedway is very fan friendly in that fans can bring small coolers for their drinks and food. This is unlike the food concessions at other sporting events where you are forced to fork-over $5.00 for a hot dog. The only limitation is no glass bottles. The fans are very friendly and everyone seems to get along well. There seems to be a genuine kinship and camaraderie among NASCAR fans. Real racing fans don't want to see wrecks; they want to want to see racing. Crashes only slow things down while they clean-up the mess. The race will finally start after a religious invocation, the national anthem, and a military flyover. The race marshal will announce "Gentleman, Start Your Engines", and the 43 high-powered race cars will come to life. Each car is equipped with an engine that generally caries over 700 horsepower. They will pull onto the track and follow the pace car for several laps before the pace car finally pulls off and the green flag drops. The roar of the cars flying by is deafening and the vibrations shake you to your bones. It makes your adrenaline flow and no one sits down for the first few laps. The excitement defies description. FAN ATTRACTIONS There are many attractions and things to do from beginning to end. The sponsors have several activities and exhibits. There are also live bands and numerous memorabilia trailers for the respective drivers and racing teams. The more popular the driver, the more merchandise trailers they have. You will see many jackets and t-shirts with everyone from Jimmie Johnson, a four-time NASCAR Sprint Cup champion to Kasey Kahne to Dale Earnhardt Jr. Make no mistake, with 200,000+ fans, it is crowded. Fans attending the race must allow lots of time (two to four hours) before the race just to get into the track, and another two hours after the race to make it through the congestion. The most important thing to have with you is patience. If you expect to get in and out in a reasonable period of time, you will be sorely disappointed. So just be prepared to wait, but you will find the race is worth it. 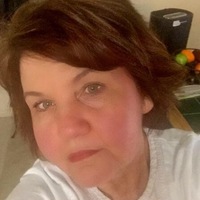