A Story to Teach Kids to Forgive and Be Happy

Excerpt from a story on a Hawaiian tradition of forgiveness:

The rain clouds racing across the sky were a very fitting way to end a perfectly dreadful day. The school bell rang a couple hours before but Mr. Diddlydoo, still taking slow, deep breaths to calm his racing pulse, had yet to leave the school. Instead, he sat in his car, sitting in an empty parking lot at school, saying things to himself that no one in particular could understand. A very gentle tapping on the passenger-side window knocked him from his daze.

Mr. Diddlydoo let out a sigh, avoiding eye contact with Spiritus. "Yeah, another rough one. This time it wasn't George's fault, though. I feel ashamed." The dispirited Math teacher looked through the windshield of his car at nothing in particular. "I guess you already knew that, though, huh?"

Spiritus didn't say anything in response because he didn't need to. He had been friends with Mr. Diddlydoo for a few months, ever since he arrived on earth from his home planet of Dynamis. Mr. Diddlydoo wasn't like anyone he knew on Dynamis. The Dynamos, the name of his species, weren't smarter, better, faster or stronger than Mr. Diddlydoo and the humans on earth but simply more curious about life and being happy.

The two friends had made a habit of traveling around the world, looking for tools that could help them deal with the fast-paced world around them. When they weren't bouncing around the globe, Spiritus studied human beings and the many ways different cultures have learned to stay happy.

"Sounds like another adventure is in order, wouldn't you say, Mr Diddlydoo?" Spiritus asked the frowning Math teacher, already knowing the reply if "the machine" was involved.

Mr. Diddlydoo immediately perked up, lifting his head as a smile came over his furrowed face. "Can we take the...uhh...machine?" he asked. Spiritus rolled his eyes a bit, having explained countless times that "the machine" wasn't necessary since his powers to travel through space and time were so powerful on earth. He had grown tired of repeating himself, though. "Of course," he replied, just happy to have another opportunity to go on an adventure with his friend.

And with that, Spiritus snapped his fingers and they were suddenly seated in a shiny, metallic pod that looked an awful lot like a giant cannonball. A huge window allowed them to look outside as the pod hovered over the school parking lot, directly above Mr. Diddlydoo's old gray car. "Is this better?" Spiritus asked.

"It sure is," Mr. Diddlydoo replied, most traces of that furrowed brow now buried under a wave of excitement. "So where are we going today?"

This was always Spiritus' favorite part of the trip. With Mr. Diddlydoo so happy to be in the time machine again, the depression and worry that had a way of keeping him from enjoying his days and nights were gone, at least temporarily, and his mind was open to learning about new people, places and customs. "Today, Mr. Diddlydoo, we will be traveling to the middle of your Pacific Ocean. Have you ever been to Hawai'i?" he asked. "I've met someone there that might be able to help you."

The pod suddenly jumped to life, surging forward at speeds Mr. Diddlydoo still had trouble believing existed. Mountains, deserts, beaches and water, endless ocean, all surged passed them in the blink of an eye and, before he even knew what happened, the quiet math teacher found himself standing in a lush, mountainous forest with the blue waters of the Pacific lapping against the cliffs beneath them. He couldn't help but think it looked like a painting.

Although he could've been transported to any moment in time, Mr. Diddlydoo somehow knew they were no longer in modern times but, instead, in Hawai'i from a thousand years ago. Just as with every adventure they had taken, he was overwhelmed with all of it. "Mr. Diddlydoo," whispered Spiritus, politely trying to regain his attention. "Can you see we're guests here?"

The teacher looked to his left to see a beautiful Hawaiian woman standing at his side. She had long black hair and wore a light blue dress that billowed in the ocean breeze. Her smile was big and comforting. "So this is the school teacher you've been telling me about, Spiritus?" she said in a peaceful, inviting voice.

"Yes, this is Mr. Diddlydoo. He's having another rough day."

She looked Mr. Diddlydoo in the eye, sensing the worry and remorse inside him. "I can feel your pain, Mr. Diddlydoo. You're upset over an argument of some sort?"

Mr. Diddlydoo nodded his head. "Yes, with my best friend, George. I know it might sound silly but he's my cat." The excitement of the adventure had disappeared and his silent sorrow had once again returned. "I let George down." A tear formed in his eye and rolled down his cheek.

"I've been so busy at the school lately, I forgot to buy him some food last night," he continued. "I know he was hungry this morning but I was running late so I couldn't feed him." Mr. Diddlydoo let out a deep, mournful sigh.

"He's been hungry all day and it's my fault," he said. "He'll still be glad to see me tonight and act like it's no big deal but I can't help feeling awful. Sometimes I'm not sure I'm a very good person."

Her face was intense and focused on his words. When he finished speaking, there was a pause as she thought about her response. "This is why you and Spiritus have come here today, Mr. Diddlydoo. To learn to forgive."

Mr. Diddlydoo's face looked a bit confused, not sure what to say. "Forgive?" he asked, the confusion obvious in his voice. "Why would I need to forgive George?" 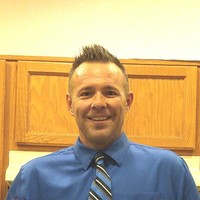 Paul has a BA in Economics from UCLA and an MBA from Pepperdine, After a successful, decade-long finance career, he decided to chase a dream and pursue a writing career. Thankfully for him, his wife, and four kids, it worked out well. While he still finds finance -- both corporate and personal -- and investing absolutely intriguing, he also enjoys indulging his curiosities in everything from science & technology to music & movies.

Excerpt from an article about mutual funds that includes some SEO elements: In a complicated inv... Read More

Your Modern Marketing Campaign Can Sing

# Your Modern Marketing Campaign Can Sing The world seems to move a million miles a minute. Ever... Read More

A Love/Hate Relationship With the City of Angels

Los Angeles isn&#39;t for the faint of heart. It pulses and flexes its sprawling physique around ... Read More