A Shot by Shot Analysis of Wes Anderson’s “Castello Cavalcanti”

Wes Anderson's 2013 short film for Prada titled "Castello Cavalcanti" stars a disgruntled amateur racecar driver who discovers his roots in a quaint Italian village. The American driver immediately stands out as being from a different world as his dress, mannerisms and speech starkly contrast that of the Italian townspeople. The camera remains fairly straight on for nearly all of the piece and shifts between medium shots and medium close ups, utilizing pans to create fluidity between shots. In the background of the opening scenes one can see posters of a racecar, colored checkered flags and even a hint to the race ahead with the placement of a red racecar in front of a child. The visual cues suggest that the town has been anticipating this race for a long time, almost as if they have been anticipating the arrival of, what the audience soon learns to be, their long lost ancestor, the American driver.

The driver comes racing into the village behind the rest of the cars. The color of his car and suit are bright and contrast the dull, dark and almost brownish hues of the village. This symbolizes how foreign he is, and in some ways, how extravagant he is in his customs and behavior. He comes bustling into the village and immediately disrupts the quiet atmosphere. It is not until after he crashes his car and the opening credits roll that music begins to play. This change of music hints to the idea that his crash seems to have brought the town to life. He crashes his car into a statue of Jesus standing with outstretched arms, symbolizing his arrival and warm welcome.

Anderson utilizes framing and colors to hint that the foreign nature of the American driver. His suit is not only red and yellow, a contrast to the dark brown of the village, but it is a very bright, flashy red and yellow. The driver eventually sits down at, the head of, a table with a group of older men. He learns these are his ancestors and his attitude changes immediately as he remarks that he's glad he crashed. The use of framing here is important as he is often framed in the center, creating the idea that he is the center of perspective in the town. The use of straight on shots throughout nearly all of the film alludes to the idea the driver is confronting his past, and ultimately himself, straight on.

The use of colors continues as the driver moves inside the café to make a phone call. The inside of the café is an entirely different environment than that of the dark, brown square outside as it is painted to mimic the driver's suit. The entire interior is red and yellow, as well as bright overall. It is as if the driver is home. This is the driver's first transition into the idea of being comfortable with his past as well as his future. He blends in more and even walks into the scene as the camera is already waiting for him, much like his ancestors were.

When the mechanic is put on the phone the color temperature immediately changes to a dark blue and the environment behind him becomes more obscure. This appears to be his final goodbye to his old self as the audience can see the evident changes in his face. He hangs up the phone and the proceeding shot frames him against a red and yellow checkered wall. All is bright again and the blue hue is nowhere to be found. For the first time, his sponsor is revealed to be Prada. As the audience has discovered who he is, he has discovered himself. This shot exemplifies his feelings of peace and comfort in the village.

Following the driver's acceptance of the crash and his fate of finding his ancestors, the shots begin to become shorter and more personal. For the first time, the camera tracks in towards the driver as he talks with the waitress about leaving. This is the first time the camera tracks, seeming to want to pull the audience closer in to the emotional experience of the driver. The bus arrives and, again, color is used to signify the past. It is blue, illuminating the neon blue sign of the café in its windows. The driver's final decision to stay is made when he asks how much he owes the waitress and she repeats that he owes nothing. This is his home.

As soon as the driver decides to stay, the use of music is employed to signal a change in the atmosphere as the waitress changes the radio station to a more relaxed sounding song. The driver asks for spaghetti, a very literal nod to his acceptance of his Italian heritage, and walks out of the café eating it contently. As he walks out to join the older men from before, his red and yellow suit does not seem to contrast the atmosphere as much. He sits down casually and the body language of the townspeople seems more fluid and relaxed.

What is most interesting to note is that the transpiration of all of these events was the driver's fate. This is why the car crashed into the statue of Jesus with his outstretched arms. It is almost as if the statue stopped him intentionally as he was not meant to continue with the race. He was meant to reconnect with his heritage. This is made evident throughout the rest of the film when the driver remarks, more than once, that he's glad he crashed.

Overall, Wes Anderson employs the use of color contrasting, precise framing and straight on shots to convey to the audience the theme of the short: one must face their past head on when confronted with a moment of fate that allows them to alter their future. 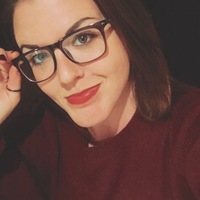 Zola and the Theater

The idea of naturalism was first exposed by Emile Zola in his 1880 essay "Naturalism on the Stage... Read More