Japanese style tattoos have a distinct style that is reminiscent of the culture's artistic history. So why, when tattoos are becoming more acceptable in the West, does Japan continue to urge tattooed patrons to cover up their artwork?

The earliest record of Japanese tattooing is from the Jomon Period (1000-300 B.C.) Here, the pottery was found with paintings of figures who appeared to have body markings. The first written record came in 297 AD, in a compilation of Chinese history. In China at the time, tattoos were seen as barbaric and often written about in a negative context. This view was in fact adopted by the Japanese in the 7th century and by 720 tattoos were being used as a form of punishment.

The Ainu, a tribal populous from Hokkaido and Northern Japan, had a different view on tattoos. For them, tattoos were both cosmetic and culturally significant. Girls were tattooed as young as 5 or 6—usually between 10 and 13—and would have their artwork completed once they reached sexual maturity and marriageable age. Their tattoos represented purity and virtue, and were used to protect them against other tribes. There was an attempt to ban these Ainu tattoos, but given their significance and the noncompliance of the Ainu people, it was eventually overturned.

Okinawa was also known for female tattoos, but theirs remained on their hands. Female Shamans bore the tattoos as talismans. Tattoos in this region were also used to prevent kidnappings from Japanese brothels, as Japanese men did not like women who were tattooed.

In the Edo era, tattooing was seen as a punishment because of their permanence and painful application. This supposedly began in the 17th century, and exempt the samurai class. This punishment was used for minor crimes, whereas robbery and murder warranted a death sentence. People who were seen as outcasts of society also bore tattoos. Outcasts would have tattoos on their arms, but criminals could be tattooed on their face or any other part of their body. Tattoos symbolized more than a painful punishment though; families and the community shunned those with tattoos. This marks the beginning of the tattoo's affiliation with organized crime.

It was the 18th century that saw a rise in decorative tattooing. This was, however, still primarily restricted to firemen, outlaws, laborers, and most notably the Yakuza. For the Yakuza, Tattoos were a symbol of loyalty due to their permanence, and courage due to the painful procedure of hand-poked tattoos (Irezumi). Tattooing was also banned during this time, so their artwork signified defiance. However, for the Yakuza, tattoos also symbolized success as a full body suit could be costly and to have one proved their success.

The art scene during the Edo period developed to mimic wood print artwork that had become popular. For the Yakuza, their large tattoos often featured mythological scenes or historic moments. Although tattoos were outlawed, tattoo artists could still practice their craft on foreigners, thus the spread of Japanese art began with sailors who visited the "Land of the Rising Sun".

Tattoo bans furthered during the Meiji Era, as the Japanese didn't want to appear barbaric to Westerners. These bans were especially harmful to areas like Hokkaido and Okinawa, where the indigenous people continued to practice their tattooing as a part of their heritage. This ban was not lifted until 1948, when laws were set in place to protect youth under 18 from being tattooed. It was during this time that Japanese Tattooists and U.S. artists began to exchange designs.

Japanese-style tattoos flourished in the West, but the tradition began to die out in its homeland as public bath houses banned body art. The rise of gangster movies and other media furthered the stigma that surrounds tattoos in modern Japan.

Today, the stigma remains. Tattoos are banned from many bath houses and some restaurants ask patrons to cover their artwork before entering. An influx of foreigners is beginning to force a shift in this way of thinking however: as the 2020 Olympics loom in the back of their minds, more bath houses are allowing for patrons with tattoos. Tattoos are also becoming more popular with the youth of Japan, displaying a shift in perspective amongst the younger generation. Though the stigma remains, Japan may some day open the gates to tattoo culture once again. 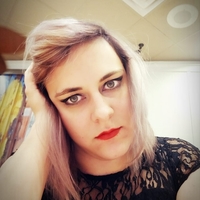 Liz is a freelance writer specializing in articles about beauty, the arts, and animals. She has been writing since she was a young child and has experience primarily in creative and academic writing endeavors, but she is always looking for new topics to learn about. She enjoys projects she has to research, and is always interested in learning about something new. Other interests include foreign relations, technology, geek culture, true crime, and mental health.

The Urban Decay Electric palette is an eye shadow line that prides itself on bold colors for an e... Read More