8 Fascinating Facts About Earthquakes for Kids

Like lots of scary things, earthquakes are also fascinating, interesting and even cool in their own way. There's more to earthquakes than just knowing how to drop, cover and hold on. Think you know everything there is to know about earthquakes? Test your knowledge against this list. 1. Your Dog Doesn't Know When One Is Coming – Your best friend would do anything to protect you, but science hasn't proven, at least not yet, that your pet can sense an earthquake coming any quicker than you can. Whether science is right or wrong, make sure the grown-ups in your house do everything they can to earthquake-proof your surroundings, so you don't have to worry about your pet if things start to shake. That way, you can drop, cover and hold on until the shaking stops, and not have to worry about looking for your pet until it is safe to do so. 2. Most Earthquakes Go Unnoticed – You may have been woken up by an itsy-bitsy feeling of movement and gone right back to sleep, or not noticed that an earthquake just happened. Did you know that around 50 earthquakes occur every single day somewhere around the world? Lots of these take place in remote places that don't have many people living in them, but others have such low magnitudes that they aren't able to be felt at all. 3. Massive Mega Quakes Happen in Movies But Not in Real Life – Is it absolutely, positively impossible that an earthquake with a magnitude as large as 10.5 can't happen? Not exactly, but it is very, very unlikely that an earthquake that large in size will ever occur. Earthquake size, or magnitude, is largely determined by the length of the fault line it ruptures on. The San Andreas Fault, responsible for some of the worst earthquakes ever recorded, is a little over 800 miles long. A fault line would have to be incredibly larger than that to cause a mega quake, and none are known to exist anywhere in the world. 4. You Can't Surf a Seismic Wave – When an earthquake starts, huge waves of energy travel outward from its epicenter, the place under the earth's surface where the earthquake began. These seismic waves are what cause the ground and everything on it, including buildings and other structures, to shake. Seismic waves aren't made out of water but they mimic the movement of massive, very strong ocean waves, like the ones you see at the beach. 5. Earthquakes Are Not Affected By Weather – Lots of kids who live in cold places look forward to blizzards and huge snow storms because they know school will be closed when the snow starts falling. Earthquakes are different, because they happen without warning at all times of the year, no matter what season it is. That's why you have to practice earthquake drills at school as well as at home. Because earthquakes are caused by the movement of tectonic plates sliding around under its top layers, weather has no effect on when they will happen. 6. Tectonic Plates Move Slower Than Your Turtle – There are around 20 tectonic plates slowly slipping and sliding around each other way below the earth's surface, sort of like dog-eared, giant puzzle pieces that make up a whole. Sometimes, these plates grind, collide or slide under each other in a way that causes earthquakes to happen. One of the reasons they can cause so much damage is because the pressure of their rubbing up against each other with nowhere to go builds up very slowly over time, even though the plates only move an inch or two every year. 7. Alaska Has More Earthquakes Than Any Other State – I bet you thought California had more earthquakes than any other state in the U.S., but it doesn't. Alaska, way to the north, has more earthquakes shaking it up each year than any other state in the country, and is one of the most seismically active areas of the entire planet. Many of Alaska's earthquakes happen in places that have very few, if any, people living there, so there is less damage to both buildings and people than in places like California, where the population is much greater. 8. People Can't Stop Earthquakes But They Can Be Prepare For Them – There is no way that we know of, yet, to predict or stop an earthquake from happening, but that doesn't mean you have to be scared of them. Make sure your family has earthquake drills and keeps provisions on hand, just in case. If you know what to do when an earthquake hits, you can keep yourself safe and calm. And who knows? Maybe someday you, or a kid just like you, will discover a way to stop earthquakes before they have a chance to start. Resources: 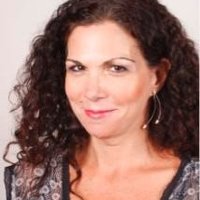 Despite its prevalence, depression still carries a stigma. When not treated, some people afflicte... Read More

Marriage may not always be permanent, but tattoos are. If you'd rather wear your heart on your ar... Read More