You might roll your eyes at having to get a permit before doing a DIY project around the house, but permits serve a purpose. Permit requirements. They're just more ways for the city to nickel-and-dime you to death, right? And the city's being too invasive by caring whether you want to replace your overhead light fixture with a ceiling fan, right again? Understandable feelings, yes, but before you get too worked up, realize that cities usually have solid reasons for requiring permits. "Obtaining a permit means that someone knowledgeable will review your plans and help spot mistakes before you begin the work," says Rick Goldstein, an architect and co-owner of MOSAIC Group in Atlanta. If you've made improvements without a permit, don't be surprised when you get a big, fat denial letter from your insurance company when something happens and you want to cash in. You know the phrase "You don't know what you don't know"? Well, that's the way it is with permits. That ceiling fan might be too heavy to hang from a box designed for a simple light fixture, especially when it's going full blast and vibrating. You don't want the fan falling on you during some serious REM sleep! You might know that finishing the basement requires a permit, but you might be surprised to learn that these eight DIY projects, depending on your jurisdiction, typically require a permit too. 1. Putting in a gas stove Many people are making the switch from an electric to a gas stove. Depending on where you live, gas could be much cheaper. And if you're a foodie, a gas range is simply de rigueur. But if done incorrectly and the gas leaks, it could kill you. So yay for permits here. 2. Replacing windows or doors This project seems pretty straightforward, but it's really not. Regarding windows, you need a permit to ensure emergency egress requirements are met in case first responders need to get in. Also, if windows and doors aren't properly installed, water could get into the house. And can you say (or smell) mold? 3. Building a deck When dreams of outdoor living beckon, first call the permit office … the codes, they are a changin'. For 2015, the International Residential Code, which many locales follow, has about four new pages added — just since 2012. If your deck isn't structurally sound, or if you used untreated lumber that decays, your deck could collapse, and that could really interfere with your meditation mantra. And don't even try to guess how to meet building codes for railings. Be safe and get that permit. 4. Putting up a fence "Building a fence requires a survey and a permit," says Rick Goldstein. The reason for this is usually to ensure you aren't violating city ordinances by building a too-high fence in your residential subdivision or choosing one with barbed wire in the middle of the city. If you build a fence without a permit, you might be slapped with a stop-work order. 5. Installing a storm shelter or safe room If you want protection from tornadoes (and hurricanes), you might consider installing a shelter. But unless you design and construct this room to FEMA specs, your shelter might not be so safe. Another benefit of getting a permit before building your shelter is that you can register it. "If there is a tornado in your area, first responders will know who has storm shelters and where they need to look for you in case you get trapped inside," says Blake Lee of F5 Storm Shelters in Tulsa, OK. 6. Remodeling a kitchen or bathroom Fun. Fun. Fun. But picking out granite for your countertops and finding just the right fixtures and cabinetry are not all you need to do. If you neglect to get a permit for major remodeling work, you might not be able to easily sell your home. "If an inspector catches this kind of thing, or if a bank wants to make sure it's covered against all liability and demands to see the permit before funding a mortgage, this can potentially be a major time and money sink to rectify," says Kimberly Wingfield, a Philadelphia real estate agent and DIY fanatic. 7. Installing new electrical wiring Your house in the historic district simply isn't wired for all your gadgets — but an amateur electric wiring job could cause a fire. This project definitely needs a permit. 8. Replacing a gas water heater Surely you can replace your old water heater without a permit, right? Nope. Although many DIY enthusiasts do it all the time, if it's done wrong, a fire or flood could ensue, or if gas escapes … kaboom. The potential for serious injury here is pretty great. Besides the preinspection, a permit also means that an inspector looks over your completed job to ensure it was done properly. Be confident in the knowledge that the work you've had done is up to code — and minimize the potential for home sale complications down the road — and get those permits. 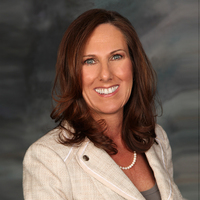 Hire Laura A
No Ratings
Get Started With This Writer View Profile
Power your marketing with great writing. – Start your 30-day free trial today! GET STARTED

Learn how you can not only play the negotiation game, but also win. When my husband and I were bu... Read More

Why Do Dogs Eat Poop?

You saw it. It really happened. He ate it. So, why do dogs eat poop? While sometimes you think of... Read More