7 Tips for Surviving a Breakup

Whether you're the one ending the relationship, or the one being left behind, breaking up is rarely easy, and there's almost always some degree of emotional turmoil involved. And it's especially hard when you're the one who wants the relationship to continue, as you have to deal with the fact that things aren't as great as you thought they were. These tips should help you deal with the pain of a breakup—but hopefully you won't have to use them very often.

1) Don't bottle up your emotions

If you want to cry, do it, even if you're a guy. Don't fall victim to the pressure for men to bottle up their emotions and hide their sadness—it'll only make the hurt last longer. Crying helps you release the pain and grief you're feeling at the end of the relationship, and if you let yourself feel those emotions, you'll be able to deal with them more effectively.

A breakup makes you feel vulnerable and it can add a lot of stress to your life. Make sure you get plenty of sleep, and eat and exercise regularly. Your body and mind will be much stronger for it, and staying healthy will give you the energy you need to stay positive. Exercise is particularly helpful because it stimulates the production of endorphins, which help to clear your mind and boost your mood.

If your ex wants to remain friends after a breakup and you don't, it's absolutely fine for you to insist on having some distance. Do what you need to heal, and if that means a complete break from your ex, that's okay. If your ex is the one who wants some distance while you want to remain friends, give them the same consideration you'd want to have in their shoes, and let them go.

Also try to avoid things like Facebook stalking or other means of checking up on your ex—it's not healthy for either of you.

4) Build up your friendships

After a breakup it's often tempting to isolate yourself and lick your wounds, and having some time alone to think and process your emotions is definitely a good thing. But there is such a thing as too much alone time. Be sure to also spend time with friends and family—people you care about, and who care about you.

5) Stay busy, but keep a balance

While it's good to spend time reflecting after a breakup, it's not good to dwell on your pain and endlessly think about what might have gone wrong. Keep your mind busy, especially during those times when you're feeling particularly vulnerable. However, be sure to leave yourself some downtime, and don't use keeping busy as an excuse to avoid dealing with the breakup.

6) Don't jump into a new relationship

When you're in pain over a breakup it can feel as though the only way to feel better is to find someone new. But while these rebound relationships can feel good in the short term, all that's really happening is you're using the new relationship to mask the pain of the old one ending. Instead, spend some time being single while you get over the breakup properly, so that when you meet someone special in the future, you're ready to give them your full attention.

There's no timetable for getting over the end of a relationship. It takes however long it takes, and that's different for everyone. Take as long as you need to, and be kind to yourself in the meantime. 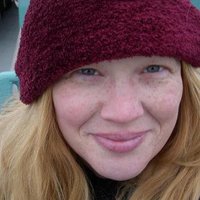 Emma is an experienced writer who has been crafting expert content for online and offline publications for nearly 15 years. Emma has written for a diverse array of clients, including brands such as eBay, Lynda.com, Travelocity, ApartmentList.com, and WISEGeek, and for business owners in a wide range of professions and industries. Thanks to her educational background in immunology and communication studies she's as proficient in writing about the sciences as she is in digital marketing, real estate, personal finance, home & garden care, and other professional & lifestyle topics.

Customer Ratings: 16
Get Started With This Writer View Profile
Power your marketing with great writing. – Start your 30-day free trial today! GET STARTED

How to Choose and Use Long-Tail Keywords Effectively

For small and medium-sized businesses—especially those that have to compete on a national or glob... Read More

How Trauma Counseling can Help You Deal with Painful Experiences

The experience of trauma can leave lasting psychological scars, affecting us in ways that we&#39;... Read More