What do the words "engagement" and "impressions" mean to you?

Well, if you're the average person, you're probably thinking something like "someone's getting married" or maybe even having a great job interview.

But if you're a business owner, those words mean a world of difference.

Some people cringe when they hear them while others delight in the challenge of interacting with the faceless masses.

The truth is that as a business owner, you need social media. Most American adults use at least one social media platform and 74% of adult Facebook users report checking the site at least once a day.

You can revel in the sense of accomplishment in collecting followers, but does it matter if they aren't active?

Social follower numbers don't give you an accurate representation of how engaged your audience is. For example, abandoned accounts won't care about your latest blog post, won't fall into your sales funnel, and won't know about your latest product. Neither will bots. It's estimated that up to 15% of Twitter's user accounts are bots.

It's unrealistic to expect every follower you have to be actively engaged in commenting on your blog or replying to you on social media. They may read every post and still buy from you.

The problem is when you have hundreds or thousands of followers and virtually no engagement. It shows that you aren't having the influence you think you are and your business won't be taken seriously. (People will think they're – you guessed it – bots.)

The Internet is an endless sea of information and sometimes it's overwhelming. It's exhausting to see countless daily promotional emails, YouTube videos, Twitter posts, Facebook posts, Instagram pictures – the list goes on and on. While the user does choose to subscribe to this bombardment of promotion, it soon becomes a game of catch-up to read, watch, and sort everything.

People will only choose to see the things or influencers that they want to see the most.

In my experience, this seems to be an Instagram-specific thing, but don't be surprised to see it in other places. The Follow/Un-Follow Game is when some stranger follows you so you'll follow them and then they un-follow you to boost their numbers.

This happens all the time.

Not only is this a bad way to do business – it's disingenuous and shows that they don't value followers as people or potential customers – it's not going to get them engaged with you or your brand. In fact, it will probably do the opposite.

Social media is a great way to build your base, but it's unstable long-term. With censorship and data mining running rampant across platforms, anything could happen and it could be gone before they click follow.

Think of your mailing list as your comfy security blanket. If your social media accounts disappear for some reason, you'll still have a way to interact with your audience. Personally, I stay away from personal social media accounts as much as possible, but I look at influencer emails all the time. I might not read all them, but I'll read most of them.

It's a centralized place to reach everyone where you can speak directly to that person, saying anything you want with unlimited characters and including their name. It feels more personal and authentic (even if it's automated.)

When you have an active, engaged audience, you build a bond with them. They begin to trust you because you share experiences and goals and you begin to care about each other's success.

This is the #1 most important thing that a business owner can do – build relationships with their audience through comments, posts, shared experiences, and dialogue. Not only will it lead to increased sales, but it will honestly make you happier to know that you're helping people. It's a win-win situation.

You audience helps build your brand through shares, testimonials, buzz, and purchases. By sharing their enthusiasm about your brand, they bring more visitors – potential customers – to your social media and website.

Your greatest champions are literally walking posters for your brand. They demonstrate who you're marketing to, how you do it, and how effective you are.

What could be better than that?

Becoming familiar and friendly to your target audience is essential. Don't play the Follow/Un-Follow Game. Start building a relationship with someone by interacting with them before asking them for something – by being genuine.

Put yourself out there by guest posting somewhere relevant to your business using a topic that will appeal to your target audience. Include a free gift in your bio so they'll come to your website and get on your mailing list. Don't expect something for nothing.

In the process, you'll find that business isn't just about money. It's about the people you help. 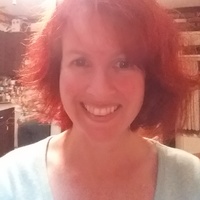 Hi, I'm Melissa! I write blog posts, copy, white papers, and case studies about marketing, customer service, health, wellness, and personal development. My purpose is to help and heal others, which I do by helping clients expand their business and customer base, institute best practices for customer engagement, manage the stresses and anxieties of everyday life, feel good about themselves and their lives, and stay healthy and happy. Please visit my website at https://www.bossblogging.com

7 Tips to Give Excellent Customer Service 100% of the Time

**7 Tips to Give Excellent Customer Service 100% of the Time** Customer service can make or brea... Read More