5 reasons you got the "stomach flu"

Of all the common illnesses out there, none can strike fear in the hearts of grown adults like norovirus. It's the dreaded vomiting and diarrhea bug that typically peaks in the winter. It's also well-known for causing widespread illness on cruise ships, in nursing homes and schools, or in other close quarters. Often mistakenly called "the flu," or "stomach flu," it is not influenza at all. Influenza presents itself with fever, body aches, and cough, and is a respiratory infection that can last a week or more. Norovirus infects the gastrointestinal tract, causing the telltale digestive misery – but usually clears without complications in 24-48 hours. It has nothing to do with coughing or sneezing, and often doesn't cause a fever. And, unlike the flu, there is no vaccine and no treatment – except rest, fluids, and just letting it run its awful course. Nobody wants to have it, yet most of us end up with it at one time or another. Why? - It can really fly. When you're actively sick, the tiny droplets of virus can end up on the walls, floor, and even objects across the room. - It takes a ridiculously small amount of virus to infect someone. It only takes 18 norovirus particles to make you very sick. This is a miniscule, microscopic amount compared to most other illnesses. - It lingers long after symptoms are gone. Days – and even weeks- after you've recovered from norovirus, you may still be shedding it. That means if you use the bathroom and don't get your hands perfectly clean, you can spread it to others when you touch a surface or prepare food. - It is notoriously hard to kill. One study showed that washing dishes by hand may leave some norovirus particles behind. Standard hand sanitizers don't touch it. Even hand washing isn't effective unless you scrub thoroughly with soap and water for 30 seconds. The only chemicals proven to kill it on surfaces are chlorine bleach and hydrogen peroxide. - It can live on surfaces for long periods. If you don't reach every droplet with bleach or peroxide, the CDC says it can stay on surfaces – alive – for days or even weeks. Now you know why you catch this insidious virus. So if you come down with it, what should you do? If possible, quarantine yourself while you're sick and for 24 hours after you've recovered. In addition, you should avoid preparing food for others for at least two to three days after you feel better (take note, restaurant workers). Whether you're sick or not, be sure to practice good hand hygiene each and every day. This can go a long way toward preventing the spread of norovirus and many other illnesses, such as colds and flu. The whole world thanks you. 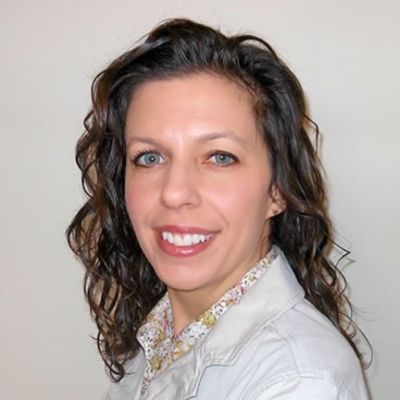 I have 15 years of experience as a health, medical, and wellness writer. I was the lead writer for a hospital for nearly a decade before beginning my freelance career. I focus exclusively on health and medical clients because I have a thorough understanding of the industry and a passion for all things health. I specialize in blog posts, website copy, feature articles, and marketing content. I graduated with honors from a top-rated journalism school, so things like grammar, style, and consistency are extremely important to me. But, I also have years of experience specifically writing for health, medical, and wellness clients, so I know the field. Health is my interest and my specialty. General writers who cover any topic won’t know your area of expertise like I do. I have the knowledge and ability to create the best copy for yo...

Psoriasis is a chronic autoimmune skin condition. When a person has psoriasis, their immune syste... Read More

Antibiotic resistance - and why we should care

Can you imagine living in a world where you were terrified of getting strep throat because you mi... Read More