5 Reasons Why You Need a Human Translator

There's no denying the merit of Computer Assisted Translation (CAT) tools for aiding human translators, or for giving you a vague idea of a short written text in an instant. But a vague idea isn't going to cut it when it comes to important correspondence. Computers were designed to help humans with necessary tasks, not to make us obsolete. While Google Translation, Word Reference, and ever our own Free Translator, go a great way towards assisting basic communication; if you're concerned with making a good impression, breaking into new markets and winning key clients, then you'll need a human translator. Here's why: Here's why:

As any linguist will undoubtedly agree, it's almost impossible to translate the meaning of a word without its context. Why? Think about the English language and how many words we have that have multiple meanings. We "run" around a track. We also "run" companies. The water "runs" out of a faucet; and if the paint doesn't dry properly, the color will "run". Translating the word "run" by itself without having the sentence context will make for a myriad of different outcomes. And that's just one example out of thousands. As it's hard for CAT tools to deduce the context of a sentence, the result is more often than not, lost in translation. Because translations can't be done word for word, only a human translator can instantly deduce the proper meaning according to its context.

2. Humans Are Culturally Sensitive – Machines Are Not

With an increasingly globalized marketplace and the importance of speaking to customers internationally at a local level, the need for localization in products, services and marketing have become vital. Companies have to go beyond mere translations of their websites, software, video games or mobile apps to come up with a message that's equally as engaging and appealing to their international customers as it is to those at home. A translated website will read like a translated website. Not a dynamic, exciting, client capturing pitch that speaks to an audience on their level, in their language, taking into account cultural nuances and tastes. Breezing into a new market without thoroughly researching the culture and localizing your message is a bad idea. Machines can't understand what makes people tick. Machines aren't aware of cultural taboos.

3. It's Cheaper in The Long Run

While it may seem like an expense at first getting your documents translated by human translators, it's actually cheaper in the long run. Whether it's the cost of retracting a marketing campaign that got the branding wrong or losing a million-dollar client because of an unintentionally insulting email, human translations will spare it. And even if you still insist on getting your translations done by machines, by the time you or your office employees have sifted through correcting, editing, replacing and removing, a qualified translator would have done the job three times as fast, leaving you and your team free to spend your valuable time on something else.

4. Humans Can Use Their Better Judgement

And their discretion. Make a call based on the circumstances. Give a qualified human your translations and they will make use of critical thinking and judgment calls. So when it comes to frequently used terms, typos, understanding a person's speech, accent, or listening to bad quality audio, human translators can make an educated guess or judgment about what's coming next. And if they really can't understand, they can pick up the phone and call you. You'll never get an incomplete or completely wrong translation back from a human.

5. Humans Can Specialize in Your Field

Whether your business is international shipping, auto parts, immigration law, medical research, or entertainment, human beings can specialize in your field. You can hire a subject matter expert, fully trained in terminology management for your particular area. And you can give a brief training session or review of company-specific terms and meanings if needed. And if none of those reasons are enough to convince you then I'll throw in another one for free. We need human translators because we live in a human world. We work with humans. We buy from humans. We sell to humans. We form relationships with humans… So why would we use a robot when we're speaking to humans? 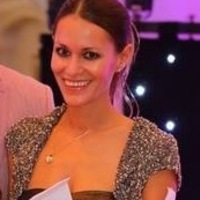 Christina is a copywriter, columnist, marketer and MBA with a passion for helping businesses achieve their goals. She creates all types of content, from articles on technology, business and marketing, to fintech, cryptocurrency and other emerging technologies. Well versed in SEO best practices, she's adept in WordPress, writing engaging sales copy and CTAs for B2B and B2C websites, white papers, press releases, and more! When she's not hunched over the keyboard, Christina loves to travel and surf - you might just catch her riding a wave on a Sunday afternoon.

Customer Ratings:
3 reviews
Get Started With This Writer View Profile