5 Mistakes That Keep You Away From Your First Million

More and more people are becoming millionaires all over the world. Years ago, it was almost impossible for people to earn their first million but we learn a lot from previous mistakes that prevent us from being abundant. Entrepreneurship has enabled many to change their lives economically and financially. But are you still trapped in the rat race? No matter how hard you work, you may never get rich. Well, not with the wrong mindset anyway. There are basically 5 mistakes that keep you away from your first million. It's never too late to change, change can be very rewarding but you must avoid these mistakes: 1. Being too much of a perfectionist Perfection does have its perks, you'd get the most out of one aspect. The only downside is that focusing more on the perfection of one or a few would hinder you from improving other aspects. Always remember to try different things, experiment. Most of the time you may get nothing but there will be times that you'd hit the jackpot. Being too much of a perfectionist would prevent you from being open-minded and seeing the many opportunities in the world. No matter how crazy your ideas are, don't let others pull you down if they think it's too "ambitious." Give it a shot, you may lose nothing or only little but the reward is far more greater than anything you sacrificed. 2. Listening to toxic people Never believe in what other people say, especially when they're toxic people. Toxic people, you see, would try to bring you down as you climb up the ladder of success. Most people envy that you're destined for greatness and they're not. You may not be aware but many toxic people are your own family and friends. It's important to stick with people that would support and encourage you and avoid those that try to put you down and tell that your idea sucks. Life is full of poisonous people and only the strong can avoid them. Only the strong can become millionaires. So ask yourself, are you one of the strong? 3. Self-doubt There are people in this world that are very intelligent, gifted and destined for success. The problem is that, because of many harsh experiences in life, most of these people doubt themselves. "Am I good enough?", this question should never pop in your mind. All you have to do is believe in yourself, attract positivity, and eventually you'd realize that you're actually worth a whole lot more than you used to think. Remember, power comes from those who believe they possess it. Power is merely an illusion and believing that you're weak and unworthy would not reward you with success. Some of the world's most successful people are even college dropouts, did you know that? Find inspiration from the genius minds that became wealthy college dropouts. 4. Trading time for money Why do millionaires become millionaires? Simple answer. They eventually realized that trading time for money will not get you rich. Your time is valuable since it is very limited. You only get 24 hours in a single day and you'd only work for 8-10 hours a day. Obviously, this sets a limit to your potential income and, in order to become financially free and wealthy, you must break free from the strangles of time. Sure, this may be a good first step to earning money since employment can be very rewarding at first but do not get stuck at this point. Business is one of the greatest ways to hack your time and generate wealth way beyond your previous limit. You can achieve your first million just by trying to release your income capabilities from the bounds of time. Business and investing is a leverage, learn the pros and cons of entrepreneurship and employment. 5. Giving up instead of learning Becoming a millionaire isn't an easy path, their are many humps and bandits along the way. Don't let any obstacle stop you because this obstacle will definitely come back more than once in your life. You must learn from all the hardships you face. Don't give up and stop right where you are. A millionare becomes wealthy because he learns from his mistakes. The next time you encounter the same obstacle again, you'd be more prepared to face it. One of the most wealthiest people in the world never gave up. Did you know that Bill Gates even dropped out of college? Bill Gates definitely faced many struggles in his life but look at him now. Learn a lot of lessons from the life story of Bill Gates. If you truly want to be a millionare one day, avoiding these mistakes should be your first step. These mistakes block your path to success and you must avoid them. No one said that success is easy, in fact success is very hard and most people fail to achieve this. But with a mentality of a millionaire you can become a millionaire yourself! What do you think of this mentality? Will you be able to use the lessons in your article in your life? 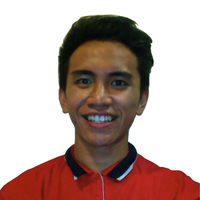 Easily Make And Save Money On Fiverr: The Ultimate Guide

What is Fiverr? Perhaps one of the best "hacks" available on the internet right now, Fiverr is th... Read More

The Power Of Marketing Your Small Business To Your Community

If you think that your small business cannot compete against larger ones then you're completely w... Read More