According to the latest stats, more than 20 million cosmetic surgeries were performed worldwide in 2014. You can bet some of those numbers included procedures from a few of your favourite celebrities. However, their reasons for going under the knife might surprise you. Contrary to popular belief, vanity doesn't make the top of the list. These celebs below say plastic surgery changed their life by boosting their confidence, improving their health and quality of life. Keep reading to learn how.

The Australian rapper has made it big in the United States with hit songs like "Fancy" and "Black Widow." While the young stunner looks flawless, she admits her good looks aren't all thanks to good genes. In 2015, Iggy told Elle Canada magazine that she did have rhinoplasty (a nose job) after getting smashed in the face with a soccer ball at the age of 16. "Now I feel like my nose looks the way it's supposed to look," she told the magazine. Confidence is what it's all about, right? One thing is clear, she's got it!

As the daughter of Beach Boy legend, Brian Wilson, Carnie has been in the spotlight since an early age. Most of us might know her from the 90s hit music group, Wilson Phillips. It's no secret that the singer later turned reality star has struggled with her weight much of her life. At the age of 34, she made the decision to have gastric bypass surgery. Determined to reclaim her health, the weight began to come off but she was left with loose, hanging skin throughout her body. She eventually made the decision to have abdominoplasty (a tummy tuck), liposuction, a body lift and breast lift. Although all were elective procedures, Carnie told ABC News she did it because the excess skin was causing a rash and effecting her quality of life. Cosmetic surgery, however, helped to improve it.

The ex-girlfriend of Hugh Hefner and former Playboy model believes she actually owes her career to cosmetic surgery. In the early 2000s, as her star rose and modeling gigs increased, the buxom blonde eventually decided to have breast augmentation surgery and rhinoplasty—a move she says she's never regretted. In an interview with Life and Style magazine, Holly stated that, "Plastic surgery made it easier for me to get things I wanted in my career. Without it, I wouldn't be where I am today."

The young Hollywood actress is one of the talented stars of the hit American TV show, "Modern Family." In 2015, Winter, then just 17 years old, made headlines in a different way when she announced she'd undergone breast reduction surgery. She went from a whopping 32F to an average-sized 34D. Prior to having the procedure, she stated that it been "really hard" to dress up for red carpet events and find clothing that suited her frame. That's obviously not the case anymore. "It's amazing to finally feel right," she told Glamour magazine. "This is how I was supposed to be."

As the star of the popular TV show, "Big Bang Theory," Kaley is considered the highest paid TV actress in Hollywood today. Although she credits much of her success and confidence to the sacrifice of her parents, she has openly discussed the happiness that her breast implants have brought her, too. In an interview with Redbook magazine, she stated that, "I had no boobs! And it really was the best thing ever! I always felt ill-proportioned. My implants made me feel more confident in my body. It wasn't about trying to be a porn star or wanting to look hot and sexy."

The legendary country crooner is no stranger to plastic surgery. However, now in her 70s, we dare say she looks better than a lot of women half her age. According to Dolly, when you look good, you feel good—and her vivacious personality on and off the stage definitely proves it. Once, during an interview with a reporter, she famously stated that, "If I see something saggin', baggin', or draggin', I'm gonna have it nipped, tucked, or sucked!" The 'Backwoods Barbie" has certainly remained true to her word, however, admits in recent years she's become a big fan of fillers and Botox. "You owe it to people not to look like a dog if you can help it!" she once joked to In Touch magazine. For this timeless beauty, cosmetic surgery has kept her young, both heart and soul.

Having plastic surgery is, of course, a personal choice that you alone should make—and no one else. It's also important to always have realistic expectations. If you're not already content with yourself, plastic surgery won't change that. Happiness starts within.

For individuals who are serious about having plastic surgery, know that you don't have to have a "celebrity income" to afford it. Most of our patients are everyday people leading lives far from the spotlight. We believe that our services should be affordable to everyone. That's why we offer flexible payment plans as well as convenient financing through MAC credit to those who qualify. To learn more, contact us today at (03) 8849 1400. You can also email us by clicking here. We look forward to hearing from you. 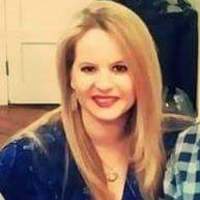 From southwest Georgia to South Carolina's Grand Strand, Nikki has worked in a variety of markets as a TV anchor, reporter and producer. As an Emmy-nominated journalist, she's interviewed U.S. presidential candidates, Academy award winning actors, top forty musicians, popular show hosts, and even famous cooks such as Food Network host Paula Deen. In Savannah, she served as the FOX host of Savannah's Most Wanted which featured John Walsh of America's Most Wanted fame. Along with her passion for news, she has published many articles on-line and in print, often writing under the pen name "Renae Nicole." She is a graduate of the University of South Carolina with a B.A. in broadcast journalism and minor in Spanish. She currently calls the Lowcountry home.

8 Foods You HAVE to Eat to Lose Weight

If you&#39;re like most people, losing weight can be incredibly tough, especially when faced with... Read More

Can I Continue To Farm If I File Bankruptcy?

Farmers play a big role in helping to sustain this great nation. While food can be hard to come b... Read More

It takes a very special person to become a nurse. It's a tough job that's far from glamorous. Whe... Read More